'Greenwood worker' who plays on our fascination with chairs 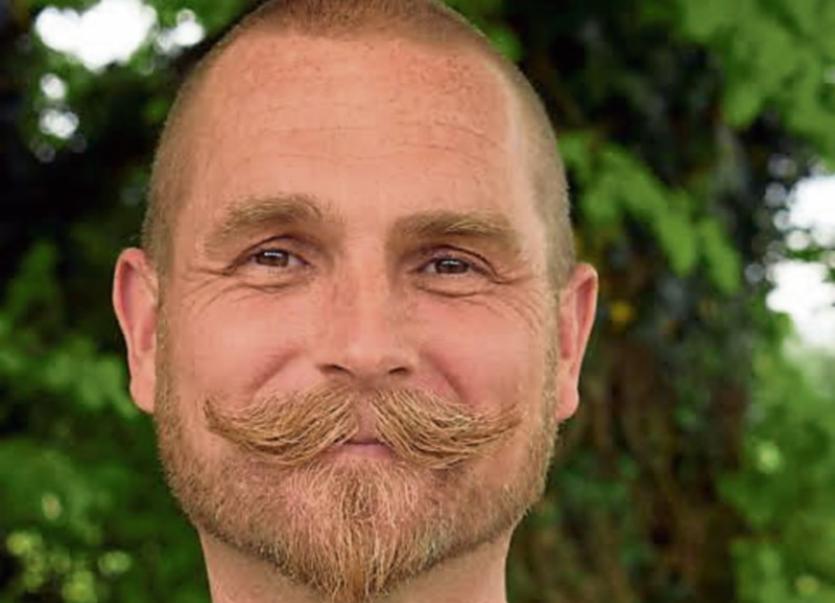 My parents moved to Limerick in 1970, just after I was born, and I attended primary school in Adare, before going to England at the age of seven or eight.

I finished my early education in England, before returning to Adare for a brief while and then going on to Coleraine to attend the University of Ulster. I had a grand time there even managing to attain my degree as well. I had vaguely artistic leanings while at school where I used to dabble in watercolours and sketching, but my real interest was in making and creating objects with my hands. Indeed, while studying Art at secondary school I developed an interest in creating puppets, something that I carried on doing even after completing my degree. It was while making puppets that I rediscovered an interest in woodwork, which eventually became my main focus.

Both my grandfathers had workshops complete with the glorious smell of worked wood and old tools.

One was small and cosy while the other was large, bright and airy. I gravitated to the former by natural inclination. My grandmother was also artistic, although I only learnt about this in later life, being an artist and poet, not to mention a demon at the needlework. My little sister, Emily, takes after my grandmother, being a very accomplished artist and poet of international reputation. I greatly admire her talent, dedication and ability, and find her quite inspirational. The world needs creative people; and, it is a wonderful feeling to create something with your own hands, while, hopefully, getting a nice comment from someone about your creation. If what you do improves someone else’s life, even if it’s only to make them smile, then that alone makes it a worthwhile activity.

As a ‘Greenwood worker’ I make many different items, but my main focus is on chairs.

The latter interest was initially sparked by the RTÉ ‘Hands’ episode about John Surliss and his magnificent ‘Leitrim Chair’. Subsequently, I was captivated by its elegance and utilitarian simplicity. So, when I got an opportunity, I started making traditional Greenwood chairs myself, learning to use wonderful old hand tools and developing my craft. The satisfaction of using these tools is amazing; they enable you to really get close to the wood, to understand and to work with it, rather than fighting and bending it to your will. Today, I am still learning to work to its strengths and accentuate its beauty.

Some years ago, I visited the Mackintosh House in Glasgow, and as I walked around, being careful not to touch anything, I became more and more enamoured of his chairs.

They were extraordinary, asking to be touched, and admired, from every possible angle. I wanted to try and replicate that feeling, that captivating grace, in Greenwood, using the wood in its natural state. I wanted to move away from the traditional Greenwood style chair and do something different with the medium, and that is what I am trying to do with my work currently. I usually make such chairs for my own satisfaction, or on a commission basis, so I don’t exhibit much. However, when I do, I am always delighted when someone asks, if they can touch the chairs, or sit in them. The moment that I hear that, I know that I have achieved my goal. Chairs need to be seen and touched to be fully appreciated; so, to this end, I always try to have a chair in the Purple Raven Art Gallery, belonging to Hazel Revington-Cross. Hazel is an incredible artist and champion of the arts, who is an inspiration to, and is a supporter of, local artists.

Always being creative, I still gain great satisfaction from making something, being experimental, and learning new skills.

A formal training in this area was important and created the foundation on which I base my work today. That said, the skills and understanding that I need now have been largely self-taught and acquired though practice, research and experimentation. The urge to create is something that is innate, in everyone, to some degree. However, the skills, knowledge, and understanding, required, are learnt and developed over time, and through constant practice. This learning process is probably more rewarding than seeing the finished piece itself. So, I do what I do for the love of it, not for financial rewards, (although it is nice to eat occasionally!). In fact, it is hard for anyone to make a living from their art or craft today, as the market is very limited, and people are being very careful with their hard-earned cash. While some see Art as a necessity of life, the day-to-day reality for most people is that it is a luxury, and something that may be nice to look at, but is not a practical consideration as a purchase.

When I look all around me, and meet and talk to people, it is obvious that there is a world of creativity in every home, street, village, and town in Limerick.

The city seems to be becoming a bit of an artistic hub, with numerous artists, and a wealth of exhibitions here. Maybe, it is because of the University of Limerick, but, I prefer to think that it’s because people want something more than what is being presented to them, through the media. Instead, many wish to return to a more creative way of being rather than just being wrapped-up in what can appear to be an increasingly materialistic and consumerist world. People who live here are more open about expressing themselves. Meanwhile, artists are being drawn to Limerick, as an alternative to Dublin and Galway, and want to meet like-minded people, show their wares, and get creative!

For more information about the artist please see: www.hedgerow-crafts.com