Award-winning poet, writer and musician, who performs songs and speaks about the women who inspired some of Ireland's greatest love songs and poems 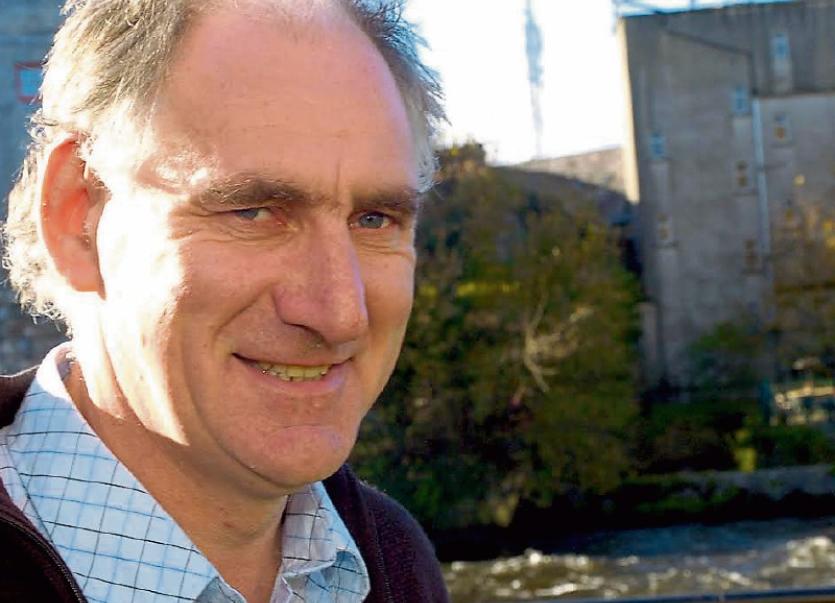 Brought-up in Knocknacarra, a western suburb of Galway, I continue to live and work in the city today.

I went to school at Coláiste Éinde, before graduating from NUI Galway with a BA degree and a HDip in Education. I later returned there for a year to study for an MA in Writing. As well as writing and playing music, I teach English at the former and creative writing, part-time, on the BA Connect course, in the latter. There were no great literary figures in my family although education was very important. My father had a great love for books, music and sport, so these things caught on with me from a young age.

Writing began for me as a teenager, with song lyrics and other bits and pieces, which I didn’t recognize as early attempts at poetry at the time.

While at NUIG I began playing with a young student/garage band and we opened for some top bands at that time. We were only starting out and not very good but it was fun. I continue to sing and play guitar to this day, mostly solo gigs and shows/talks based on my book, but sometimes with a band. It was only in my thirties that I began to take my writing more seriously, slowly learning the craft of poetry writing and eventually having pieces published. I was, then, shortlisted for a Hennessy Award and won a number of other prestigious competitions. My first poetry collection, ‘Rough Night’ (2002), was published by a small house based in Wales, named ‘Stonebridge Publications’. Today, however, I am with ‘Salmon Poetry’ Publishers in Ireland and currently working on my fifth full collection of poems following on from; ‘What Our Shoes Say About Us’ (2014) and ‘At Grattan Road’ (2009).

Non-fiction and journalism fascinated me and I wrote a weekly arts column for ‘The Galway Observer’ in the 1980s and 1990s before writing reviews and articles, as a freelancer.

A short story I wrote won the Originals Short Story Award at Listowel Writers’ Week (2000). Today, I would describe myself as a poet, biographer, non-fiction writer, and musician. My latest book, ‘On Raglan Road – Great Irish Love Songs and the Women Who Inspired Them’ (2016,) is published by The Collins Press. In it, I explore fifteen famous Irish love songs and tell the story of the fascinating women who inspired them. Included are such favourites as ‘Grace’ – which tells the macabre story of Grace Gifford’s doomed marriage to Joseph Plunkett (hours before his execution for his role in the 1916 Rising), Percy French’s ‘Gortnamona’, and ‘After All’ , by The Frank and Walters. The book reveals the identities of the real ‘Galway Girl’ and the real ‘Nancy Spain’, Thin Lizzy’s ‘Sarah’ and so on. Indeed, Patrick Kavanagh’s infatuation with a young woman inspired ‘On Raglan Road’ and Mick Hanly reveals who inspired him to write; ‘Past the Point of Rescue’, as does Johnny Duhan who wrote ‘The Voyage’. Complete with full lyrics to the songs and photos the book is proving to be very popular. I will be doing a live show based on the book in The Granary Library on Thursday, April 13.

One of the poems from my forthcoming collection has been etched on a stone plaque on Galway’s Quay Street.

I am, also, researching a follow-up book to ‘On Raglan Road’ with a similar combination of songs and stories but with a different theme. My first non-fiction book was a biography of the family of Oscar Wilde called ‘More Lives Than One—The Remarkable Wilde Family Through the Generations’, The Collins Press, (2012). It traces Oscar’s family back to their eighteenth century roots in Roscommon, and right down the years to the present day. The family changed their name from Wilde to Holland after Oscar’s fall from grace and so Merlin Holland, Oscar’s grandson, now lives mostly in France, with his son Lucian, Oscar’s great-grandson, living in the UK. I am currently researching new information about Oscar Wilde’s great-grandfather Ralph Wilde, a dealer and farmer, in Castlerea, who married a local woman called Margaret O’Flynn in 1740s.

Galway poet, Rita Ann Higgins, published her first collection of poetry; ‘Goddess on the Mervue Bus’, in the mid-1980s which was very influential.

Indeed, it gave me confidence to write my own poems. Knowing the places and people she was writing about, I felt that I too, could ‘maybe’ do it, perhaps not in her style, of course, but in my own. As a result, I wrote a lot about Galway, relationships and life’s twists and unexpected turns. I have only come across a few ‘born writers’ in my time (not many mind you). Nothing would stop them. A lot of writing is just hard work, getting your bum on the seat at your desk, and pounding out the words. It is a solitary activity and also physically demanding .Editing, re-writing and polishing the work, is a big part of it. Today, I am always delighted to see an ex-student of mine having something published and a few to date have published books and collections. That gives me great satisfaction as well. Personally, I have reached a nice balance between teaching and creativity, but teaching can eat into your creative time. This is something that I have managed to juggle in the past but I intend to have less teaching time soon and more creative time at my desk!