Soprano who stars in 'Venice to Vegas' at the Belltable 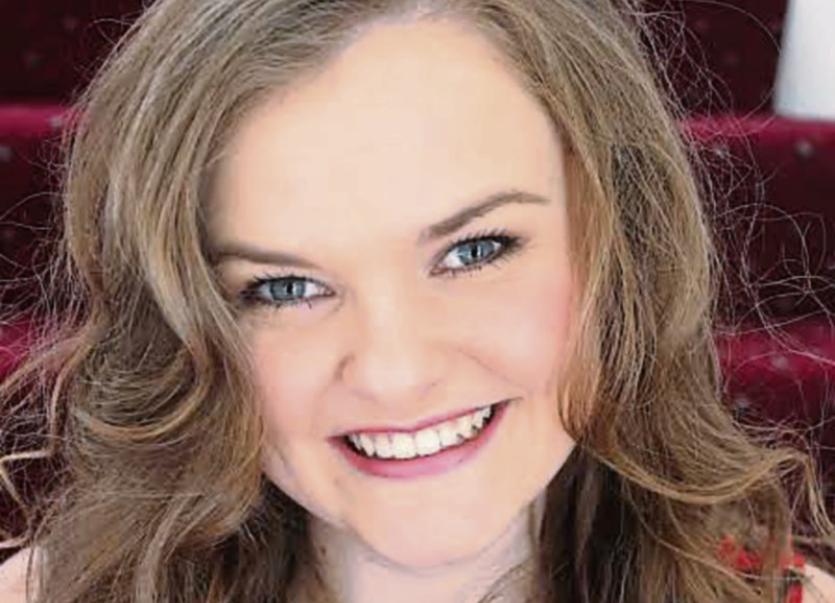 Jean Wallace who stars in 'Venice to Vegas' at the Belltable

Born in Limerick city, together with my brother, Brian, and sister, Liz, I went away to Cardiff to pursue my degree before returning to Dublin.

Today, I am back working in Limerick teaching with ‘Music Generation’, and ‘Sing Out With Strings’, at the Irish Chamber Orchestra, and the Irish World Academy, based at the University of Limerick (UL). My education took place variously at Caherdavin Girls School, St Nessan’s Community College, The Royal Welsh College of Music, and DIT Conservatory of Music. I, also, attended ‘Frontline’ and ‘Expressive Arts Stage Schools’ and played the harp with Madeline Meehan so I was always very musical. Finally, having studied classical singing, Opera is my speciality today.

There wasn’t any one particular thing that shaped my musical career.

However, I remember singing and making-up songs in the garden with my Grandad when I was really little. There were, also, many family occasions when I would sing. My Nana was a big Opera fan, so I presume that I got that from her. I used to drive my sister mad when I was a teenager singing harmonies to all her favourite songs. Her exact line was: ‘Why can’t you just sing normal’. She’s my biggest supporter now! My parents, Peach and Tony, were also crucial to my decision to pursue singing. I would never have been brave enough to pursue it without their support. In addition, I had some really wonderful teachers, including two great Limerick women, Suzanne Murphy and Marie Walsh.

I always sang at family occasions, but then, so did everyone in my family, as we all had a party piece.

I wouldn’t have ever called myself a singer though. Even when I was studying it in college I used to say that I was a harpist. I always felt a bit silly saying that I was an Opera singer, it just felt a bit strange. I got used to it quite quickly once I started working, though. I like all genres of music really. Indeed, I got a present of a record player from my fiancé, Alan, recently and it is a treat to just sit and listen to an album. In fact, I raided my family’s record collections over the Christmas, and now have access to everything from Rock and Jazz to Musical Theatre.

Quite sporty as a teenager, I was in my first year doing Sport Science at UL, when I decided to take singing lessons.

I had planned to do Physiotherapy afterwards, however, I was also working in Bunratty Castle and was surrounded by beautiful singing. Sport Science was great, and I was really enjoying it, but I knew it wasn’t right. So after some encouragement from my parents, I started looking into music courses. I visited The Royal Welsh College to have a look at their harp course but bumped into their head of singing who advised me to audition. A few months later, I was packing-up shop and moving to Cardiff.

Today, some of my strongest singing memories are from sporting occasions. I spent a lot of Saturdays on buses to Shannon RFC matches with my parents and everyone had to sing on the way home.

Working as a singer you never really get to be a part of an ensemble for too long.

You move from show to show or concert to concert and spend the rest of the time learning music and practicing by yourself. Last year, however, I became involved with the ‘Two and a Half Tenors’, (Nyle Wolfe, Derek Ryan and Ryan Morgan), which has been the best of fun. We have played all over Ireland and plans are afoot to go abroad which would be amazing. Singing full-time since college, I have worked over the years with; The English National Opera, Northern Irish Opera, The Opera Theatre Company, Opera Ireland and Lyric Opera. As well as concerts all over Europe, I have sang with; The National Symphony and Concert Orchestras and The Ulster Orchestra.

I have had a great time and regard myself as being really lucky to have done what I have over the years.

If singing is something that you want to do, go for it, be brave, you won’t regret it.

Of course it can be difficult, as you feel so vulnerable. The main thing is that you prepare, know your music inside out, and if it goes wrong don’t panic. If you stay calm and sell it, no one will ever know. I promise you, I cannot tell you how many times I have lost my way and forgotten words and no one has noticed. You do tend to spend a lot of time on planes travelling to auditions, rehearsals, and competitions, so thoughts about travel are never too appealing.

My parents, brother, and sister, all have their own mobiles in Connemara, and bar Limerick, it remains my favourite place in the world. In fact, my fiancé, and I, spend as much time there during the summer as we can.

Currently, I plan to perform with the ‘Two and a Half Tenors’ at the Belltable.

The show, called; ‘Venice to Vegas’, is brim-full with some of the best known pieces from Opera and Musical Theatre. The three guys are amazing performers as well as being outstanding singers. I am so lucky to be sharing the same stage with them. We have played this show a few times now and I don’t think that I have ever laughed as much. Now, I am just really excited to be bringing it home!

‘Venice to Vegas’, featuring soprano Jean Wallace and the ‘Two and a Half Tenors’, will be performed at the Belltable, on Thursday, March 16 at 8pm. Booking information can be obtained by calling 061 953400 or from www.limetreetheatre.ie