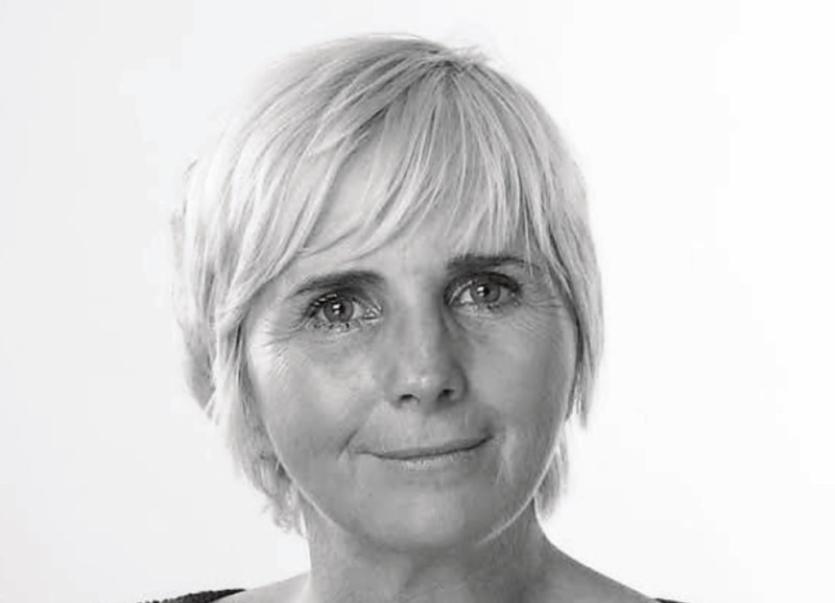 Born and raised in Dun Laoghaire, I was the youngest in a family of six, with three boys and three girls.

Today, I have three amazing children of my own who are totally supportive of what I do. I spent my 20s working and living in London, and following a six month stay in Toronto, I returned back home to Ireland. I currently live in Castlelyons, Co Cork, a small country village, and a long way from the big cities I was used to in the past. My education consisted of the Harold National School in Glasthule, Co Dublin, (primary), and the Dominican Convent Secondary School in Dun Laoghaire, (secondary). While studying Marketing at third level I quickly realised that theatre and acting were my greatest loves.

My father, Thomas McGuirk, has always been a huge influence on my life.

We were relatively poor growing-up, my mother, Annie, died when I was six months old, and my five siblings were all under 13 years of age. Raising six children alone is a challenge, but this was an era when the loss of a mother often led to children being taken into care. Instead, my father did everything he needed to do to keep us all together in a loving home. Indeed, I hope that I have inherited some of his drive. Even today, my mantra is that positivity breeds more positivity and to avoid the negative at all costs. Rejection is tough, but as an actor, you learn to accept this as part of the territory.

Aged seven years my father agreed to pay for the drama classes that I longed for even though money was hard to come by.

All these years later it is still my greatest passion. In fact, I started to teach drama at the age of 18 years after I had left school and subsequently directed many children’s shows. I really enjoyed musical theatre, and during my time in London I took part in about 20 different musicals, all of which helped to formulate my own personal method of directing. Being a director is a huge challenge. You need to have a clear vision of what you want to achieve for a production, and then you have to work with the actors, to help them bring your vision to life. A director, therefore, needs to be a very good ‘people person’ as you are always dealing with new personalities. An upbeat attitude certainly helps.

Although, I really enjoy directing I consider myself to be an actor first and foremost.

Starting my own theatre company, called ‘Take 5’, meant that I fell into directing most of our productions. Today, we have an abundance of actors, but no one with any directing experience, who currently wants to take on that arduous task. Apart from acting and directing, I have also turned my hand to writing scripts. I have to date written three one act plays, one ten minute play, and have adapted a short story into a play, for a Horror Production that I was involved with a few years ago. Writing is fast becoming an additional passion which allows me to explore topics that I wouldn’t usually get the opportunity of doing. Always at home in a theatre, I manage to leave my woes outside of the door for the duration of the rehearsal and/or performance. Nevertheless, the costs of putting on a production are phenomenal. So, if there are any private enterprises, or individuals, out there who would like to help an excellent committed theatre company to thrive, please get in touch.

There are many creative ideas inside me just bursting to come out but which require a platform to allow the creativity to flourish.

It is such a joy to see a production that you have directed, come to life before your eyes, after the long process of rehearsals has ended. Seeing a play that you have written is an even greater joy, especially when you can see that the actors and the director have totally understood your words, and appear to have the same passion for the work as you do. As a writer you must also allow for your play to be interpreted in an entirely different way to that which you imagined. This can be daunting and intriguing in equal measure. I read scripts all the time and am constantly on the lookout for challenging plays to perform. For example, our next play, will be a one act drama which I have written myself, called ‘Tom’. This is an eerie story of how people’s perceptions of others can be so wrong and how listening to your instincts can be paramount to your survival. I am looking forward to work-shopping this play, and then getting into rehearsals in late summer, to be ready for a performance in October.

We will be bringing ‘The Telephone Exchange’, a play written by Niamh Gleeson, to Friars’ Gate Theatre.

Living in Mayo, Niamh has written a number of plays with an emphasis on strong female roles. Set in Dublin in 1963, four female telephonists regularly listen in on the lives of others, as a means of avoiding their own personal issues. The actors get to play a range of characters, as they step out of their roles, to take on, both those calling, and those receiving calls. It is fast paced, hugely comedic, and challenging, as they must be versatile enough to depict both male and female roles, encompassing accents, and of course physicality!

The Telephone Exchange will be performed at Friars’ Gate Theatre in Kilmallock, on Thursday, March 16 at 8pm. For booking information please phone: 063 98727 or visit the website: www.friarsgate.ie For more information about Take 5 access: https://take5productioncom.wixsite.com/take5