Ceramic designer for whom art has become a lifelong 'obsession' 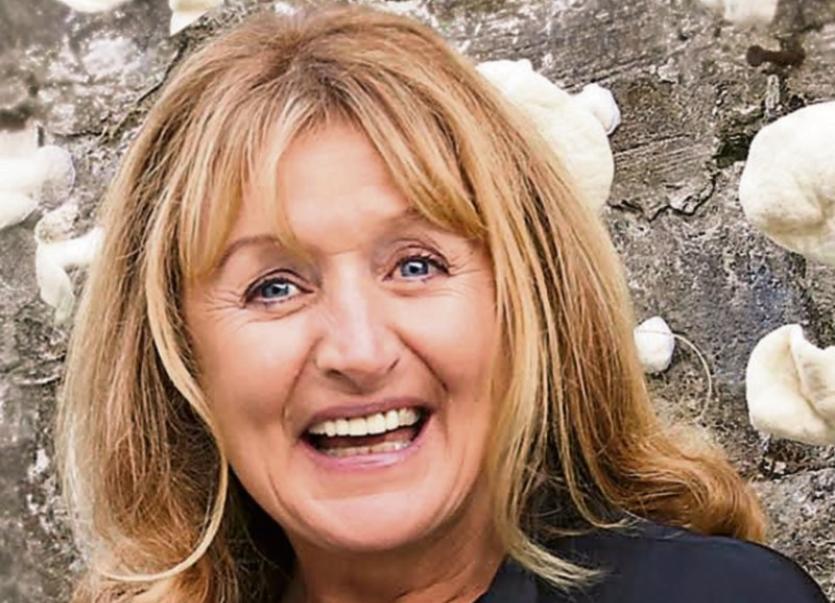 Although, I grew up in Co Clare, at 17 I gained a place in Limerick Art College, then located on Mulgrave Street.

Jack Donovan was the head at that time. Youth being wasted on the young, I did not complete the course but I held on to a wish to return at some stage. Four years ago, I got the opportunity to do so, as a mature student, and I have not looked back. My career has been in graphic design and I have also regularly exhibited paintings and illustrations in the region, so Limerick School of Art and Design (LSAD), was a natural choice for me. Today, I tend to use illustration to convey a message (or a story) that I am currently interested in.

A student of St. Patrick’s Comprehensive School in Shannon, it was, thankfully, a very progressive school for its time.

It was established in 1966 as Ireland's first Comprehensive School and its ethos was to encourage each student to reach their full potential in whatever area they chose. At that time art was not fully promoted or developed within most second level schools, but fortunately for me, the ‘Comp’ was very different and my desire to be an artist was acknowledged and then fully supported by the school. In particular, Ted Clifford (RIP) was an incredible teacher, who inspired me to continue an education in fine art.

From a very young age I drew and I painted but I did not limit myself solely to paper. Instead, I used whatever surface was available, whether that was on the walls or on the fireplace tiles. Creativity was encouraged in our family. Pencils and paints were the common currency liberally bestowed for birthdays, and general rewards. Over time they became gifts that kept on giving. Others in my family have chosen their own respective creative paths, with one of my sisters graduating in fashion from LSAD. People of all ages should be creative. Indeed, it is a fundamental part of who we are as human beings and almost therapeutic.

I chose to pursue the option of Ceramic Design in college as I have always had a love for Ceramic decoration.

When I saw the potential of the design course to produce my own work, it was an easy decision to make. Ceramics is unique as there are many areas in which one can work. ‘Throwing on the wheel’ and ‘hand building’ are options available to ceramists, however, I prefer ‘mould making’ and ‘slip casting’. This allows me to create the 3D form on which I will tell a story. In college, students have the luxury of their own decal printer, which was the deciding factor for me in choosing this course. Using mould making skills that I learned and the first-class facilities available on the course, I was able to create 3D pieces featuring both illustrations and watercolours. Indeed, I was invited to exhibit with Touchstone, which opens in Farmleigh Gallery in Dublin next June. Ceramic Ireland views this exhibition as a further step towards building the reputation of Irish Ceramic practice globally. In fact, this organisation is invaluable to graduates like me, as it provides the contacts and information essential to maintaining the connections and opportunities, needed as independent studio artists.

Ideas can come from anywhere, with nature being a great starting point, but sometimes a thought or an action can also trigger the process.

I am particularly fascinated by human nature /character traits and the reasoning behind our actions. For my degree show at LSAD, I focused on the poet and dramatist, W. B. Yeats, and his obsession with Maud Gonne. I learned in college is that it is important to be flexible and to understand that, as the work progresses, it may take you on some alternate journeys. In this case, while exploring the story from the point of view of W. B. Yeats, it became too poignant and almost dark. I wanted a humorous touch, therefore. By portraying Maud Gonne as the elusive creature that she was to him, it allowed me to portray the female narrative in their relationship, thus bringing a lightness of touch to the work.

Being an artist was not a decision that I consciously made, instead it is part of who I am.

There was never a time when I wanted to be anything else. I have been lucky in having had the opportunity to make a career as a creative person. Each connection leads to something new and provides further ways to explore creativity. A college education is an important step for the budding artist. For me the purpose of Art College is to give the artist the tools and techniques required to forge a life in art. It allows one to explore the world with like-minded individuals. Everybody has a creative talent but some are more visually creative than others. Technical skills can be taught, but crucially, college also trains the artist to question perceived norms.

It is probably easier to become an artist in the current climate than it has been historically.

There is a common misperception that it is difficult to be successful as an artist and to get the recognition and rewards deserved. However, we are lucky in Ireland to have a stable economy that has allowed both private and public monies to become available to artists and craft workers. In addition to that, there is an increased awareness of artists and designers and the roles that they play in contributing to our society. Historically, Ireland has a fantastic literary tradition and I would like to think that the visual arts are on a par. Long may that trend continue!