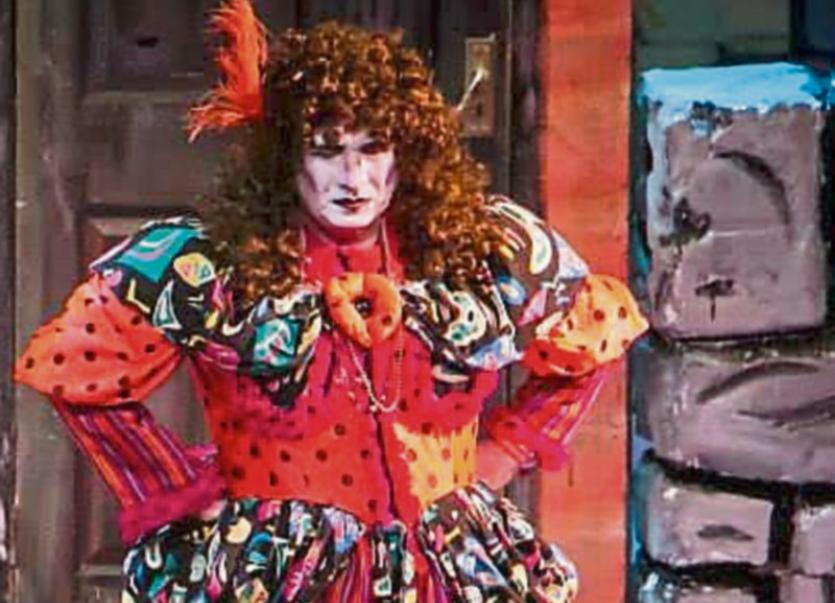 Raised in Janesboro, which was great, we had the ‘Boro Field’ located just down the road, where we were always to be found playing ball.

In those times, on bonfire night, each avenue would have its own bonfire on the street, which would shock most people today. We would even roast potatoes and sausages on the hot embers. Being from ‘The Boro’, everyone started their education in Our Lady Queen of Peace with the nuns (God rest Sr. Clesius ). From there, you went on to the Christian Brothers Primary School, followed by CBS Sexton St., for Secondary. Thereafter, I started an apprenticeship in painting.

Acting was not in the family as such, it was always singing that was emphasised.

While my mother would whistle, my father would play the accordion. For parties, there was nothing arranged, instead it was an open house for all. In fact, my Grandfather, Paddy McCormack, had the best rendition of Al Jolson songs that I have ever heard, to this day. Like most people, my parents, (Tony and Patsy Shaw) were very supportive of everything that I have done thus far. With five sisters and three brothers, it was they who always made sure that we were never idle. Once you were able, you had to work, even if it was just around the house. All the boys could sew and iron while all the girls could decorate and dig the garden for spuds. My sister, Denise, always wanted to paint the hall for Christmas Week. Thanks to Mam and Dad, we always had fun.

My interest in acting began when I was just 15 years old.

Back then, I used call around to my mother's house disguised in strange clothes, trying to sell her something. She would invariably talk away to me, on the doorstep, for ages, not knowing that it was her own son. Pretending to being a TV Licence Inspector got the best laugh of all. Indeed, she sent me directly to my Grandmother’s home (‘Moma’ as we called her), to fool her as well. In particular, I always wanted to be a Cowboy just like those in the movies (although, there may some today who might be found to suggest that I still am).

The great thing about acting is that you get to be whoever you want to be through all the different roles that you play.

Over the years of being a dedicated member of Limerick Panto Society, I have been Count De Monet, a Ghost buster, a Genie, part of The A-Team, and an Ugly Sister. In this year's production of ‘Snow White’, I will play Snow White’s father, the King. This part is perfect for me, as with the Queen (Tim Cusack) knocking around, there is a lot of ad libbing between us and fewer pages of dialogue to learn off by heart. We have been in full-swing with rehearsals since early October, so that will tell you the degree of dedication and commitment from all those involved.

It is not too difficult to get into acting as an amateur, but as a career it is more problematic.

With regards to script writing, that would be a different sort of challenge again. For me, it would have to be comedy and I would certainly need to seek both advice and inspiration from my wife, Jackie. There is a lady who can really tell a story. I am still waiting for my first Hollywood role, but nevertheless, last year I got to play the part of ‘Ruckly’ in ‘One Flew Over The Cuckoo's Nest’. This role suited me down to the ground. Over the years I have, also, played Eugene in Grease, the Busker in Richard’s Cork Leg, various Tops of the Town shows, and of course you cannot forget Siamsa. Certainly, the welcome presence of Troy Studios in Limerick should open-up a lot of doors for actors in the future. Recently, I went out to see their sound stage and was amazed. There will certainly be great opportunities for local actors with them in future years. When making movies production companies, like these, look for, picturesque countryside’s, coastlines, castles, infrastructure, and of course parking. Troy Studios has all of this on its doorstep. In this we have huge advantages in Limerick not to mention our proximity to Shannon Airport.

If you get an opportunity to travel abroad, just take it.

The friends that you make along the way are truly friends for life. I have made friends abroad that I have not seen in years but without realizing it, we are reliving those shows and dramas that we once did together. Life is so short, and if you have enough Euros in your pocket go anywhere and everywhere. Personally, I found Austria was great for skiing, especially Après Ski. I travel a bit with work, but when you travel as a family, (with my Granddaughter Anna, this year for the first time), it is really special. She really keeps me on my toes, I can tell you. Being into music, each year I do a pilgrimage to the Electric Picnic. However, if you are going there, you have to camp to get the full experience. You don't get much sleep, but it is well worth the trip. Limerick, meanwhile, is growing at a very fast pace, so please, take some time to enjoy it. There is plenty to see and to do. I love Limerick and I will do all that I can to promote it!