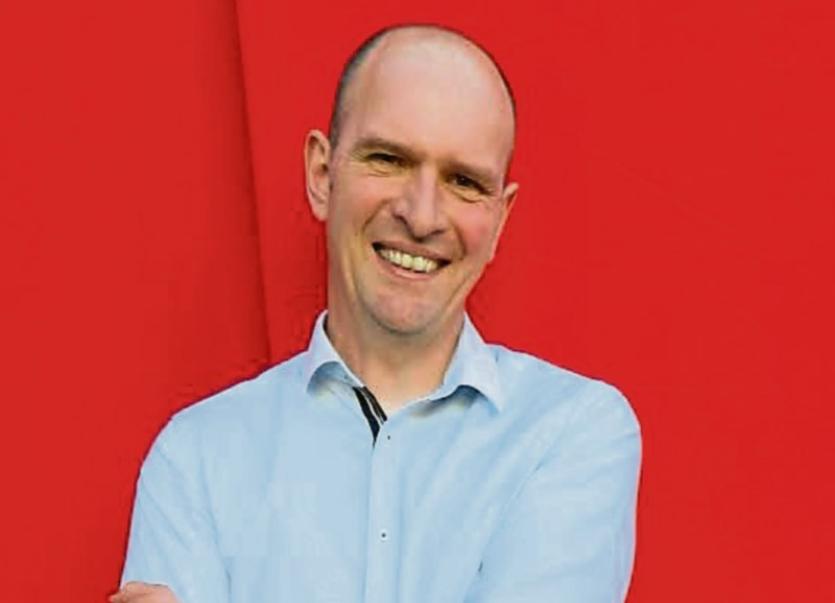 Ger Carey: Comedian from humble origins who forged a career by looking on the bright side of life

Growing-up in the midland stain that is Portlaoise, I was the son of an alcoholic, and the inhabitant of a semi-derelict pile of bricks, with a second hand book shop attached.

Nevertheless, from these humble beginnings I developed an eclectic love of reading matter. My Gran, who ran the shop, was a magnificent woman, whom I can clearly recall as being very old, very thin and very strong. The townsfolk would sell their old stock to her, and she would resell it, with a little value-added. Indeed, I took over the shop at the tender age of twelve when she died. With my father generously donating his wages to the local pubs each week, the shop had to feed my younger brother, and myself, for quite some time.

Blessed with hard working parents my friends were to be envied.

They didn’t need buckets in the living room to catch the rain, had fridges that worked, and back doors that opened. We had to open ours like a drawbridge, the wooden frame having rotted away. But, on the other hand, our lives were our own. My dad left home each day at 9am and wasn’t seen again until midnight. We ran the bookshop, coming and going as we pleased. I once read somewhere that being poor is a full-time job, which is true. You can learn to get by, and that certainly helped me later, in my chosen career as a comedian.

Over time books became our lives and our livelihoods.

I read widely with comedy being my favourite interest. It could be daft comedy from the likes of Spike Milligan, the period comedy of P.G. Wodehouse, sci-fi comedy from Douglas Adams, or comic book comedy from the pages of Mad Magazine. As a kid I even used to read Mills and Boon, just for the laughs, but the absolute king of comedy, was always Richard Pryor. Oddly, he didn’t tell ‘jokes’ as such, he told ‘stories’ straight from his crazy messed-up life. He even created characters who were variously; men, women, bears, and even cars! To the young me he was the genius who invented modern comedy. I would never have aspired to being a comedian, if what it took was to be like Richard Pryor, because that required God-given genius.

My route to comedy was a strange one.

After my father passed away I headed-off to England for a change of scenery. Once there, I worked in a series of dead end jobs, but then one day, out of the blue, I decided to become an actor. So I auditioned for a play at Bradford Playhouse. I was trying to perform it ‘straight’, but the people auditioning me, were falling about laughing. It was really humiliating. I was trying to be another Al Pacino but was invariably delivering Pinocchio. Afterwards, the director ruefully informed me that, in his opinion, I would make a far better comedy actor and promptly gave me a bigger part in the play. It was a role written for a comic, and all I remember about it, now, was my first big laugh. People laughing, really is, the most wonderful sound in the world.

After acting for a few years I decided on a move to Leeds University, and finally to Cardiff University, to study filmmaking.

Then, one night, I was doing a monologue in a venue called; The Toucan Club, in Cardiff, and no one was listening. So I went off-script, and suddenly, I was getting laughs again. I remember thinking, God, I’m doing a Richard Pryor and it was amazing. So I went away, wrote some new material, and started doing small gigs around the place. To be honest, it took me years to find my true voice. At one stage I was being Pryor, then I went through a Bill Hicks phase, and so on. Eventually, I found my own voice, and to my delight, it was a voice that the public liked. The final step was having the confidence to say: ‘I am now a professional comedian’.

Friars’ Gate Theatre is a perfect venue for live comedy, being so cosy and intimate.

When I returned to Ireland as a complete unknown, there were some venues, like the latter, where both management and the audience really gave me a chance. Friars’ Gate Manager, Caoimhe Reidy, is one of the nicest people you’ll ever meet, and the audience have a very relaxed approach to theatre. They all know each other so well that some of them even go down to the pub afterwards to discuss what they’ve just seen. In fact, today, I regard it as my local theatre.

My training as an actor has really helped me a lot because much of what I do revolves around the characters that I create.

It has, also, helped me to prepare for the inevitable poverty that comes with being a performer. Indeed, people always say to me, why aren’t you on YouTube? My reply is that, regrettably, no one has ever taken the time to film me. Anyway, I can’t afford a camera and that’s the truth. Therefore, if you are asking me, today, if it is hard to make a living as a comedian, the answer must surely be ‘yes’. Indeed, oddly enough, that is where the title for my new show came from. I was working away on the material when my wife, Treana, exclaimed; “It’s time to hit the road, Carey, the fridge is empty!”

Comedian Ger Carey will present his new one man show, ‘The Fridge Is Empty’, at Friars’ Gate Theatre in Kilmallock on Friday, October 21 at 8pm. For booking information please phone: 063-98727 or visit the website: www.friarsgate.ie