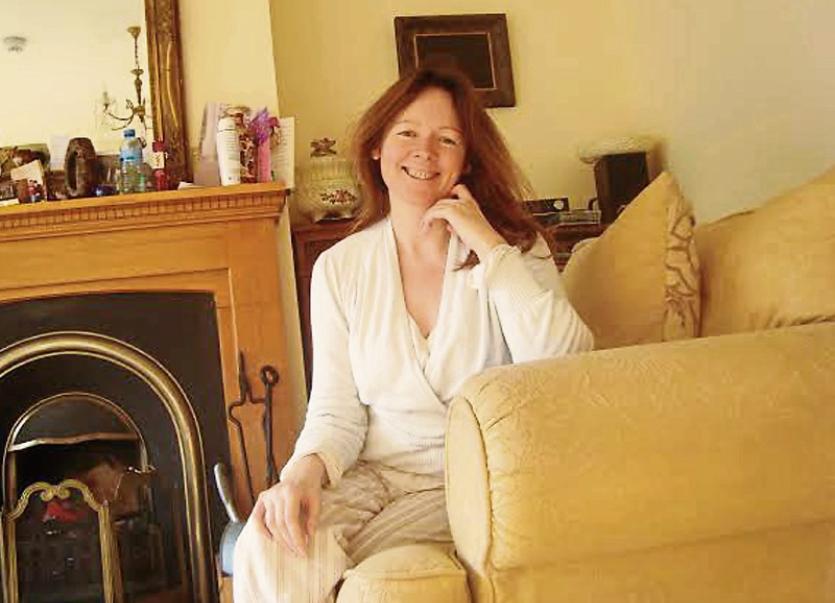 Born and raised near Pallas Lake, in Tullamore, I had a happy childhood playing amidst the flourishing fields of the Irish Midlands.

Indeed, I spent many a happy hour cycling around the narrow roads on my Magna bicycle observing the livestock, while visiting the bog to bring home turf, for the coming winter, with our neighbours. I, also, enjoyed fishing for Pike in spring, and swimming with my five siblings, at the local lake, in summer. Today, I live somewhere between Kilfinane, and Angers in France.

My mother, Maura Eibhlín Breathneach, was the Principal of Gortnamona National School and a fine Irish language poet.

My father, Hugh Carr, is a playwright and has had productions staged at The Abbey Theatre and at The Gate. So, from a young age, as children, we were always encouraged to be creative. In fact, there were always stage shows going on and props being made for them, which we all helped with. We were, also, encouraged to read and to paint from a young age. I did my Primary Degree at The College of Art and Design in Mountjoy Square in Dublin, followed by an MA at The University of Ulster.

The creative opportunities that art has provided me with have been transformative.

For example, I was given a licence to be flexible and to explore different ways of doing the same thing. I was, also, in a state of flux half the time and always changing. As a result, I have learned, over the years, to trust my own instincts and to follow my own path. At the end of the day, the subject matter usually chooses me. I tend to hone-in on the subject, research it endlessly in a logical way, then, suddenly, take the brake off and just make good Art.

Art is mostly about being alive and sharing the beauty of each day.

There is pain as well, for example, following losses in wars, unhappiness, and that resulting from endemic cruelty to our fellow human beings. In all this, I try to balance the Yin and the Yang (the good and the bad). Luckily, however, I am a born optimist, so joy and happiness always win out. I usually write poems to go with each body of work. These words just fall out of my mouth onto the page, then, there is the editing and endless rewriting, until it is cut to a quick, like a precious sparkling gem.

Because I lived in Angers, France, for two years, (The home of tapestry) I decided to try and make some tapestries myself.

My fourth collection, entitled ‘Tweet Tweet Mothertongue-Fatherland Teanga Dhúchais-Talamh Athair Snapchattin’, took me over five years to create. Ironically, I started making this work as an emigrant living in another country, and finished it only after I returned to my home in Ireland. Subjects always seem to inform me about which creative medium they prefer. I am very prolific and tend to work quickly, in order to express their desires, as I tend to overflow with inspiration. The process is very exciting and I am invariably in a restless flurry to make beautiful objects, (or paintings), that will resonate or express, what I am seeing and feeling.

Living abroad, I began to think anew about my Irish identity.

This led me to look at what identity really means, and how I bring meaning to it. My process of working began with an initial engagement to use the symbols; that we often associate with Ireland, for example, The Harp, The Shamrock, The Tara Brooch, and The Claddagh Ring. What finally emerged, or rather came into focus, was a self-portrait, a proclamation of the self, or a proclamation of the aesthetics of being an Irish person, growing-up and formed in the shadow of the Easter Rising and Proclamation, of 1916.

‘Tweet Tweet Mothertongue- Fatherland’, is an exhibition series consisting of a collection of 26 tapestries and one poem.

The former, are all portraits of Ireland, however, I have taken down these clichéd images from their dusty shelves, shaken them off, and presented them afresh, as brand new peaceful pristine images that glow, sparkle, and delight the viewer. My poem, which gave its name to the exhibition, is intended to be representative of a dual landscape of languages, in both Irish and English. To date, I have written some 15 collections of poetry, many of which have been published in Irish journals.

I saw Olwen perform in Samuel Beckett’s, ‘Lessness’ (1970), last summer at the Galway Arts Festival and I gave her my poem with a view to her reading it. To my surprise, months later she rang me back, and said that she would love to read it at my Exhibition. Olwen, is an amazing actor with a vision the length and breath of the universe, and an acting range as flexible as it is infinite. She is a totally fearless and extraordinary person. In addition, Diarmuid McIntyre will be doing a sound piece to go with the tapestries. He is, also, doing a sound recording of my poem, which can be used as an installation as the tapestries move around Ireland. The original music is by the brilliant Kevin Hayes. The same exhibition will visit the Town Hall in Galway next August, Kinvara in October, plus five other venues around the country. The poem has been published by The Arts Council of Ireland and by Limerick Co. Council!

Deirdre Carr’s exhibition will open at Friars’ Gate Theatre in Kilmallock on Sunday, June 12 at 7.30 pm with an event performed reading of her poem by Dr Olwen Fouéré. For further information please call: 063-98727 or visit the website: www.friarsgate.ie For more about the artist herself see:https://deirdrecarr.wordpress.com or contact deirdrecarr@live.com