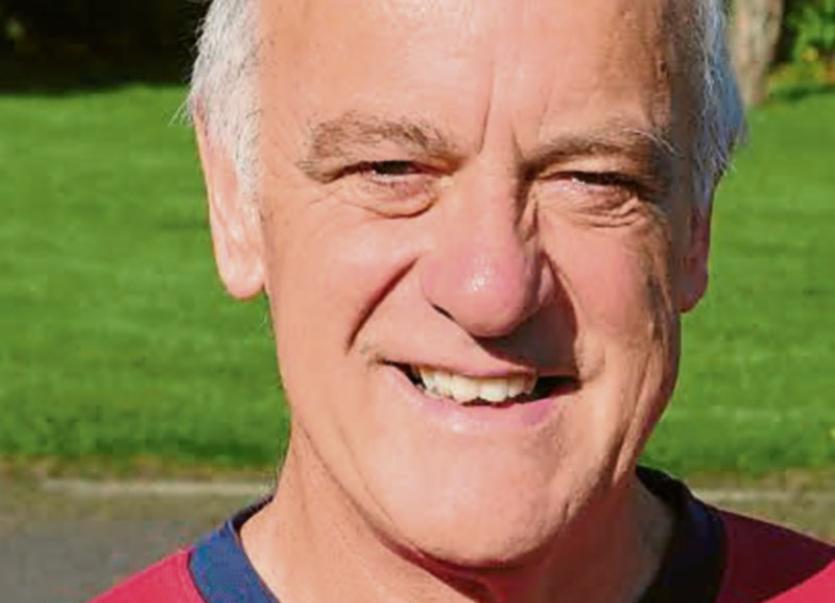 Though I was born and lived most of my life in Kildare, I was educated in Limerick, being shipped off to St Clement’s Redemptorist College in 1965.

I had five really happy years there and it gave me a great love of Limerick (both city and county). I, even, got to play football a couple of times in the Gaelic Grounds. From there, I went on to study English and History, followed by a H. Dip, both at University College Dublin (UCD). My intention was to work as a teacher, which I did for six years, before moving on to work in RTÉ, eventually spending 23 years there as a producer and presenter on Radio One.

Growing-up we were surrounded by books. Indeed, my parents were avid readers and that passion for words led me to want to write my own stories.

Reading authors like John Steinbeck; being in operas in school; staging plays; reading D H Lawrence and, later, Raymond Carver, all inspired me. In fact, wanting to tell the stories of people on the periphery of society spurred me on as well. They are still the people who most interest me in my novels, stories and plays.

My former English teacher in St Clement’s, Ray Kearns, (still living in Limerick) gave me the bug for writing and encouraged me to work on poems, stories and plays.

My first play was staged in St Clement’s some fifty years ago this year. Since then, I’ve published eighteen books and had a dozen plays staged. In short, I love writing; I love the fact that I can create characters and join them on their journeys. In terms of theatre, there is the added pleasure of working with a director and actors to put some shape on a piece and to bring it fully to life. Though I’m not involved on stage with this production of Corner Boys, I often work as an actor, too.

Mend and Makedo Theatre Co (which I founded in 1987), has been touring plays now for almost thirty years visiting virtually every county in Ireland during that time.

The process of touring brings its own strains and stresses, particularly, when there’s a large cast involved. With this show the crew is seven but with previous productions, like Who By Fire, we had 21 people on the road and the logistics were challenging – to put it mildly. As if that weren’t enough, we actually took that show across Europe to Gibraltar and performed it in a cave there for a week. That was certainly the most challenging production I’ve worked on, being both Writer/Director, but it was also one of the most exciting because I got the cooperation of Leonard Cohen and we used his music in the show. ‘Who By Fire’, subsequently, had a run in the Olympia Theatre, in Dublin, and did two national tours, including The Belltable in Limerick.

Corner Boys is set in a village in Ireland in 1963, during and after US President John F. Kennedy’s visit.

It is a play about life in a dead end town; about loneliness; about hope and about possibility. The characters and story are raw but that’s how I remember the lives of many people in 1960s Ireland. There’s a dark humour in there too. There has to be to make the story and to reflect the truth of the characters’ lives. In general, I hope audiences will recognise in the corner boys the lives, loves, failings, humour and hopes of the people they knew as ‘corner boys’ in their own towns and villages. Certainly that was the reaction we got when it first toured in 2008. Indeed, there is, also, an incredible buzz about coming to a new town and a new theatre each night. This is our fifth visit to Kilmallock and we’ve always got the warmest of welcomes here. We have been here, previously, with ‘Corner Boys’ (2008); ‘We Once Sang Like Other Men’ (2010); my one-man play ‘Redemption Song’ (2012) and ‘Lucinda Sly’ only last year.

My own memory of ‘real life’ corner boys was that they were to be avoided.

As I grew older, however, I saw something else in their lives, namely sadness, desperation, loneliness and humour. I had missed that as a young man. They were often verbally inarticulate, but it didn’t mean that they had no depth of feeling.

My play is an attempt to reveal more about that, and in turn, to create some empathy with them. Corner boys seem to be a thing of the past. Where the present day corner boys have migrated to is an interesting question?

A friend of mine claims that they have moved indoors and are to be found in bookies offices today.

It is that need to tell stories that drives, rather than leads, a person to write.

Certainly, that’s how it is with me, how it’s always been. If I hadn’t been a writer, I would have been a teacher which I now do part-time in creative-writing at the National University of Ireland in Maynooth (NUIM). l love the interaction with students, hearing their stories and ultimately watching their work blossom.

I am, also, the current ‘Writer in Residence’ in Carlow libraries, and again, the experience of seeing and hearing what people have written is wonderful. It is a privilege to share their stories, experiences and words. Writing should attempt to give a voice to everyone, which is what Corner Boys is really all about.

As a society, we need to hear the voiceless, no matter how inarticulate those characters might be!

John MacKenna’s ‘Corner Boys’ will be performed at Friars’ Gate Theatre in Kilmallock on Saturday May 7 and at The Belltable in Limerick on Thursday June2. For bookings please call: 063-98727 or visit the website: www.friarsgate.ie.