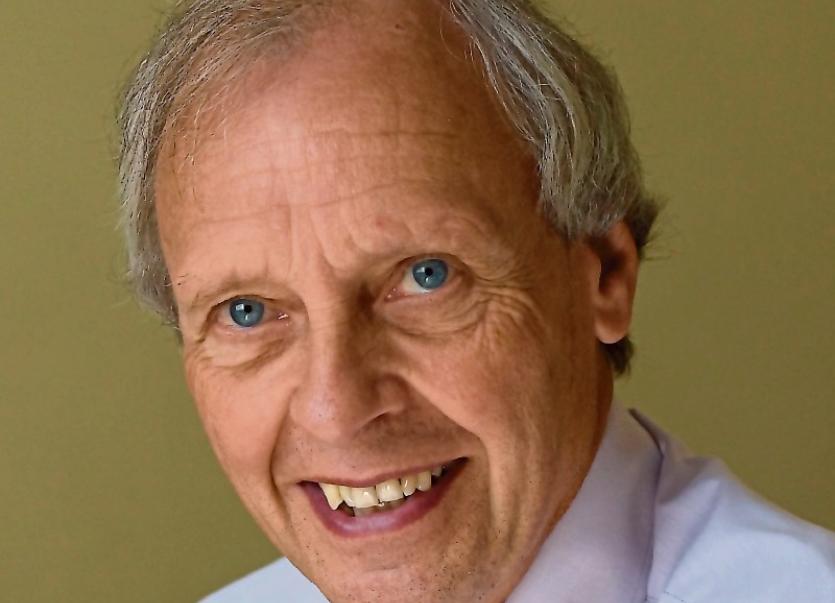 Originally, I was born in Wolverhampton in the English Midlands. I was educated locally at St Peter and St Paul's Primary School, and The Regis Comprehensive School. Later, I studied theatre at Birmingham Theatre School, winning the Outstanding Student Award along the way. As a young child, I always dreamed of being an actor but never thought, coming from a working class background that it would ever actually happen.

l always having felt that I had a capacity to entertain people, that appeal remained with me until I finally got my first laugh, (aged nine!), in a school play. After that, I was hooked for life. My mother was a big inspiration in all this too. It was she who selflessly took me to the theatre from the age of about five, to see weekly repertory companies, pantomimes, touring plays and so on. Seeing the curtain rise before a fantasy land was spellbinding and still is.

It was Dick Condon, who first brought me over from England to join his theatre company in Castlebar, in 1968. He was truly inspirational. A real showman, he looked after actors and gave us great self-belief. He also made it clear that acting was a full-time job. So it was hard, but had to be enjoyed. In 1974, I joined the RTÉ Players as a radio actor and performed in over 750 plays, with nine of those years being spent playing Dr Harry Murphy in the much-loved series Harbour Hotel. Incredibly, it ran for a record breaking 4,280 episodes before its demise. I then became a drama producer in 1988, and two years later, I was appointed Head of Radio Drama for RTÉ. My biggest achievements from that period included directing Harry Andrews as Othello, and surviving directing Spike Milligan in a radio Musical along with Donovan (The Pied Piper). I also helped to introduce the first full surround-sound dramas in Europe.

While filming as Dr Lennon, in the BBC Ripper Street TV series, my short play, entitled Neither Male Nor Mad, received a professional reading in Liberty Hall. This was part of SIPTU's 1916 Rising Celebrations. It came just after finishing a week in a Ballet in Dublin, and doing a small part in a new feature film, with Elle Fanning, called Storm in the Stars. I am currently waiting for the BBC to make a decision on a radio play of mine they are considering. So, I might be waiting for the phone to ring or for another flash of inspiration before doing Dickens in Limerick. Further performances, in the latter may take place, later, in Kilkenny and Cork.

For me, writing in general appears to be innate and natural. I have always loved the use of words, but the gap between your creation and fruition, if it ever happens, is a long process. Therefore, acting and directing are far more satisfying. I got the idea for creating an Irish Dickens solo performance from Dublin historian, Jim Cooke. He had published a book (Charles Dickens's Ireland) which was an anthology of every item written by Dickens on all matters Hibernian. We collaborated and his research is now a big part of the performance. The reaction to my show has proved that Dickens is just as relevant today, in terms of his observations on social mores and injustice. He was a republican at heart and his books revolutionised Victorian Society and reformed many institutions, including prisons. This bravery and free speech is badly needed today. The theatricality of his writing and the vivid characterisations, so suitable for film, still appeal to audiences, as do the tremendous storylines.

Playing Dickens is very enjoyable. He was such a complex character and my research had to be exhaustive in order to catch the ethos of the great man and to try and portray his anger at the establishment. There are, also, many humorous and vivid portrayals of his characters and his insecurities, which were many. I was in London with Dickens two years ago but I was not sure about its appeal abroad. Dickens in Limerick is a localised version of my one-man-show. In it I recreate the actual visit of the novelist to a host city and allow him to indulge his humorous observations about the characters he may have met there back in 1858. These are intertwined with descriptions about the local Jail, the Great Famine, Pery Square and illustrated with descriptions of his own deprived childhood. There are also many performances from his most famous books. This is all done, however, very much as Dickens did it in his own time.

The most difficult part of the life of an actor is whether to give-up or not. Indeed, it is harder than ever for young actors to survive today. Theatre work, which should be their bread and butter, has become more selective. There are no longer weekly repertory companies or actor/managers who run their own companies and are capable of employing a multitude of young actors. There is far more film work, but it is transient and sometimes exploitative. Hollywood always seems to be, erroneously, the guiding light. Despite, all of this I would never discourage anyone who wished to act, or write, for a living, but there has to be a terrific drive there and the ability to take criticism and knockbacks. If you have a dream – follow it. Working at something you love, and have a talent for, is the most satisfying goal you will ever have!

‘Dickens in Limerick’, a one-man-show written and performed by Laurence Foster, will play at The Belltable, 69 O’Connell St, Limerick, on Friday 6 May at 8pm. For further information please contact: Dominic Taylor, Community Literature Officer of The Limerick Writers’ Centre (LWC), at mobile: 087-2996409 or email:limerickwriterscentre@gmail.com