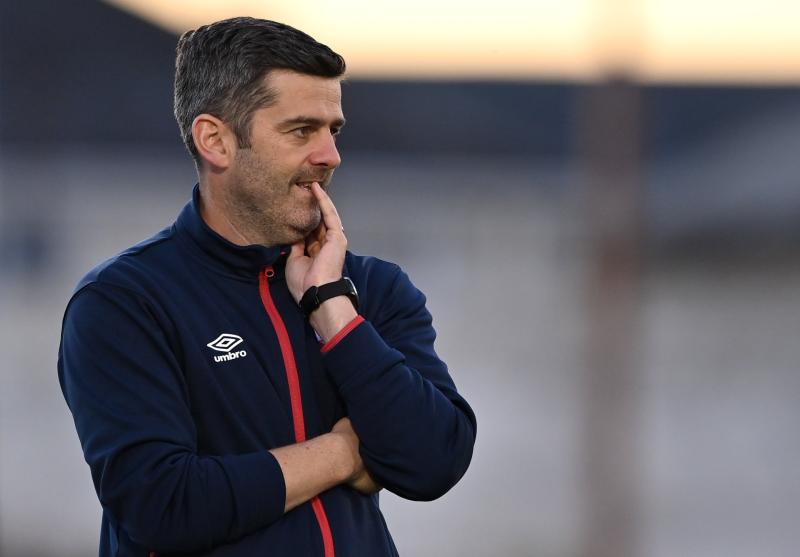 The Markets Field quarter final win was sealed by an Enda Curran hat-trick.

The Limerick side are now one win away from a Sunday November 13 cup final appearance in the Aviva Stadium.

Fellow First Division side Waterford also advanced to the semi finals on Friday evening but the other two spots will be filled by Premier Division outfits and wont be know until Sunday - Shelbourne/Bohemians or Derry City-Shamrock Rovers.

"It's going to be tough whoever we face but we will good and enjoy it," said an elated Treaty Utd manager Tommy Barrett after the quarter final win.

"I think a home draw - you always look to have a home draw and hopefully we get that," he said of the semi final draw.

"Waterford are a First Division team so we know what they are like so that would probably be a draw that we are familiar with - they hammered us once down in the RSC 4-0 but the other two games have been very close - we beat them they beat us as as far as I remember they were both 2-1 games. They have strengthened since with a lot of good players," outlined Barrett.

But the immediate aftermath of the win over UCD was to be enjoyed.

"It's fantastic for the boys and that's why I was telling them to stay outside and celebrate," said Barrett.

"When we are at it, we are a good side and play good football. We are playing very well for the last few weeks - we are the form team in the division and we know what we are about. The lads know eachother at this stage and we are well drilled."

"We are such a young club and everyone knows our resources at this stage and to be in a semi final of Cup - there was a lot of aul talk around that we had played no one and all that but we gave all the teams we play respect and that showed again tonight," said Barrett after a FAI Cup run that has seen the Limerick side beat Premier Division UCD and non-league sides Usher Celtic and Maynooth University Town.

"I thought we had brilliant performances all over the park but the one disappointment was their goal because we tuned out - we took the foot off the gas and tuned out for a minute or two and you can't afford to do that and if that's a closer game, you get punished."

What of Enda Curran - the first player to score a hat-trick for Treaty.

"I actually tried to get him last year but he had other commitments. He's massive for us and we know he's a goal-scorer and he probably could have more goals but he has missed a lot of the season with injury so we have to mind him. Sometimes he is going out wide and working hard for the team, when really we want him in the box and that is where he does his business and we were onto him all week to stay in the box because he is a finisher and you can see that - particularly with his third goal. The thing about Enda he missed a chance in the first half but he didn't leave it get to him and that's a proper striker," praised Barrett.