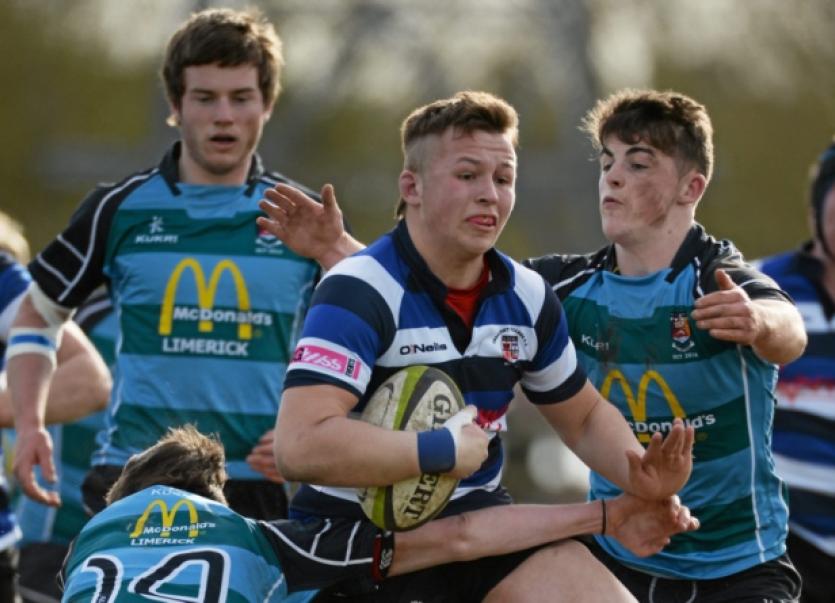 While Crescent College are bidding to win the title for the 11th time in their history, opponents Ardscoil Ris are seeking their first success in the blue riband of Munster Schools rugby.

Ardscoil are, however, looking to complete a notable double by adding Munster’s premier schools rugby title to the Dr Harty Cup success they enjoyed in recent weeks.

Crescent College have defeated CBC impressively, PBC, after a replay, and Castletroy College in the semi-final of the competition.

Crescent College are the bookies’ favourites to win the title at 8/13 and with 13 members of their 2013 extended squad available once again, one can understand why the layers have taken that stance.

Crescent College are able to call upon no fewer than 10 representative players.

Out-half Fionn McGibney is a talented play-maker and reliable goal-kicker.

The absence of second-row Johnny Keane, who misses out on featuring in Monday’s final, after picking up a knock in the quarter-final replay win over PBC, is a blow to Crescent. Talented winger Calvin Nash is in a race against time to be fit for the final after picking up a shoulder injury.

Opponents Ardscoil Ris, under the guidance of Mossie Lawler, James Hickey and Enda Gavigan, have made steady improvement through the Cup campaign.

Monday’s final promises to be a highly entertaining game as both sides like to put the ball through the hands and play an attacking style.

The fact such a large number of Crescent College players have the experience of playing in last year’s decider should stand to them.

Ardscoil will need to make a good start in the final to ensure they are not chasing the game.

A healthy number of their squad have experience of playing in a Junior Cup final or two in recent years which should benefit them.

Crescent are a formidable side, boasting an abundance of power, strength and pace in all the right areas. The Dooradoyle side deserve to be favourites, but Ardscoil are a very plucky outfit.