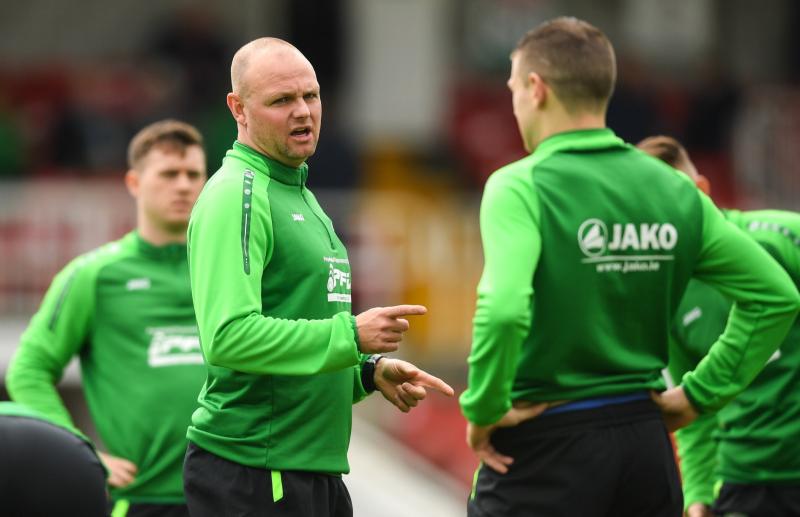 THE FAI Junior Cup takes centre stage this weekend with all in Limerick hoping one of the local clubs we can go one better than last season when Pike Rovers fell at the final hurdle.

Prior to the weekend things kick-off this Wednesday evening when Fairview Rangers host Mungret Regional in one of two all-Premier ties.

Fairview were unbeaten up to last week when they were rocked back on their heels, losing 4-1 to Ballynanty Rovers. They bounced back well last weekend albeit against lower league opposition.

They take on a Mungret side lacking in confidence, still waiting for their first win of the season.

The big game of the weekend is the clash between Carew Park and Ballynanty Rovers.
The sides met a couple of weeks back in the league and played out an exciting 3-3 draw so the game should attract the neutrals to add to the occasion.
In the drawn game, Carew were clinical in the first half and had Balla well rattled. The break afforded the blues the chance to regroup, and they dominated in the second half and could well have won it at the death.

Both sides will be conscious of their shortcomings in that encounter and will be working on them this week in training which should make Sunday’s rematch well worth a visit.

Pike Rovers lost in last years final and are determined to put that disappointment to bed as they start out on a new campaign.
They are not expected to have too many problems at home against lowly Newtown Rovers.

Nenagh are one of the in-form sides in the Premier League on the crest of a six-game unbeaten run. They would be expected to extend that run on Sunday when they host Hyde Rangers but the visitors have shown over the last few seasons that they are capable of causing an upset so caution would be advised.

Coonagh Utd need a win to kickstart their season and on Sunday, they host Kilfrush where they are favoured to advance.
Paudie Hickey’s side have not been playing particularly poorly but they need a bit of good fortune to break a poor run.

Two of the top sides in the Premier A League battle it out when Newport host Geraldines. The sides met a few weeks back when the Dines prevailed on a 3-2 scoreline. Expect an equally close encounter this time out.

The pick of the remainder of the ties would be Croom Utd v Summerville Rvs and Shelbourne v Corbally Utd while the pick of the Munster Youth Cup games is the clash of Fairview Rgs v Janesboro.

There are two games in the Premier League and Regional Utd can take outright lead if they avoid defeat at home to Aisling Annacotty while the visitors will go joint top if they beat their hosts.

Regional have bounced back well after a heavy defeat to Fairview a couple of weeks back.
They seem to have their swagger back, but they will find Aisling a big stumbling block.
John Lysaght’s men are also in fine form and have designs of their own and the squad to achieve it.

At the other end of the table, Janesboro welcome Charleville with points crucial for both clubs.