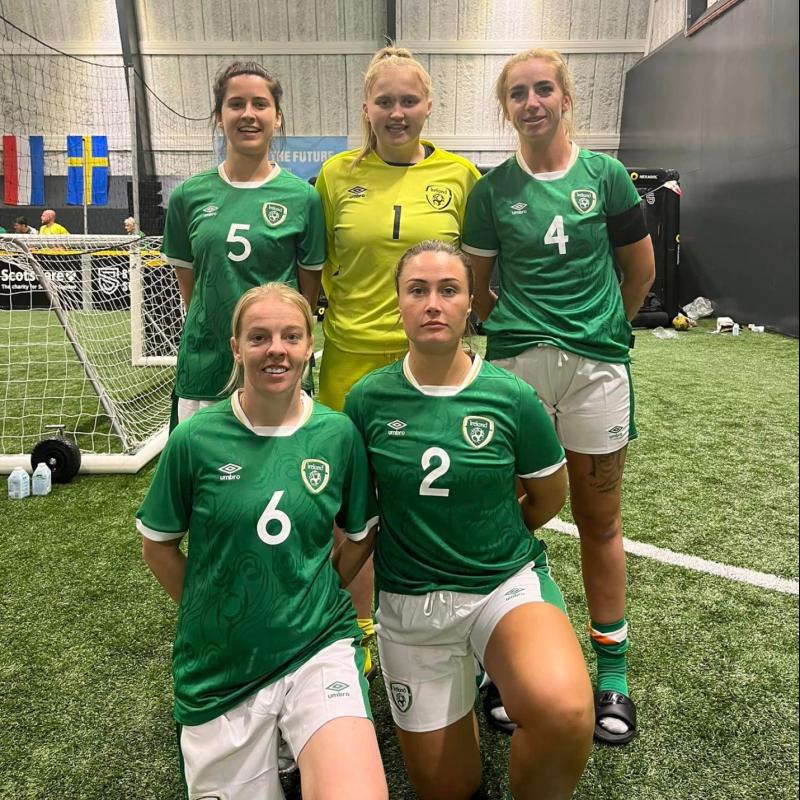 LIMERICK players were to the fore as Ireland won the Street Soccer Nations Cup title over the weekend in Scotland.

There were five from the Moyross club in the successful Irish team -Hayleigh Power, Amy McCormack, Laura Hughes, Chloe Kenna and Chantel Pearse.

Power was the Irish captain and McCormack was named Player of the Tournament.

On Saturday in Dundee, Ireland won three group games - 7-1 against a Scotland Street Soccer Selection, 11-2 against Northern Ireland and 8-1 against Wales.

Ireland then defeated Northern Ireland in the final of the 8 Nations Tournament.

The Street Soccer Nations Cup was to take place in City Square in Dundee but following the passing of Her Majesty the Queen, the competition with over 160 players was held behind closed doors in the Change Centre in Dundee.

It's been a busy spell for the five Limerick players as Moyross won the LWSSL Open Cup final on Sunday September 4 with a 1-0 final win over Listowel in the Markets Field.

The Limerick contingent were selected through the Irish Homeless Street Leagues. Founded in 2004, IHSL is a volunteer driven non profit organisation that uses the power of sport to transform the lives of people who have found themselves affected by social exclusion.