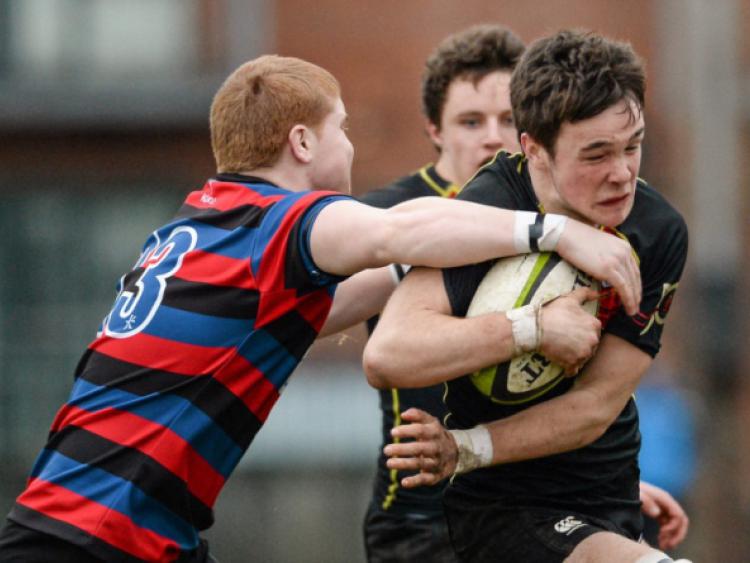 ARDSCOIL Ris head coach Mossie Lawler was on the replacements’ bench the last and only previous time the North Circular Road side reached a Munster Schools Senior Cup final.

ARDSCOIL Ris head coach Mossie Lawler was on the replacements’ bench the last and only previous time the North Circular Road side reached a Munster Schools Senior Cup final.

Lawler’s side suffered defeated to PBC in that 1996 final, but on St Patrick’s Day Ardscoil Ris get the another chance to claim the blue riband of Munster Schools rugby.

Ardscoil - looking to become the first school since Rockwell College in 1930 to complete the Dr Harty Cup and Munster Schools Senior Cup double in the same year defeated St Munchin’s College 11-7 at St Mary’s RFC, Grove Island this Wednesday to reach the decider.

Lawler said that while he was pleased the side had edged past St Munchin’s, he wasn’t too happy with the performance.

Lawler said: “To be honest, I am not too happy with the performance. We played into their hands in the first half. We make mistakes and gave away silly penalties when we knew that was their best chance of getting into our half.

“Overall, a small school like ourselves, are into a Senior Cup final, for only the second time ever, so I am thrilled about that.

“The previous final was in ‘96. I was on the bench myself and came on after five minutes which is bitter-sweet. I played in the school’s first senior final and now going back there as coach is a great feeling. We were beaten by Pres’ on the day.

“We conceded a try just on half time and when we spoke in the huddle during the break, we knew we had to cut out the errors, stop giving away silly penalties. We had been playing all the rugby, yet we weren’t getting anything out of it. We managed to do that in the second half.

“Over the last five years the hurlers have won three Dr Harty Cups and it has been unbelievable for the school. It is on the map as a hurling school. Ever since I went there, I wanted it to be a rugby school. If we can take two trophies out this year, it would be unbelievable for the 50th anniversary.”