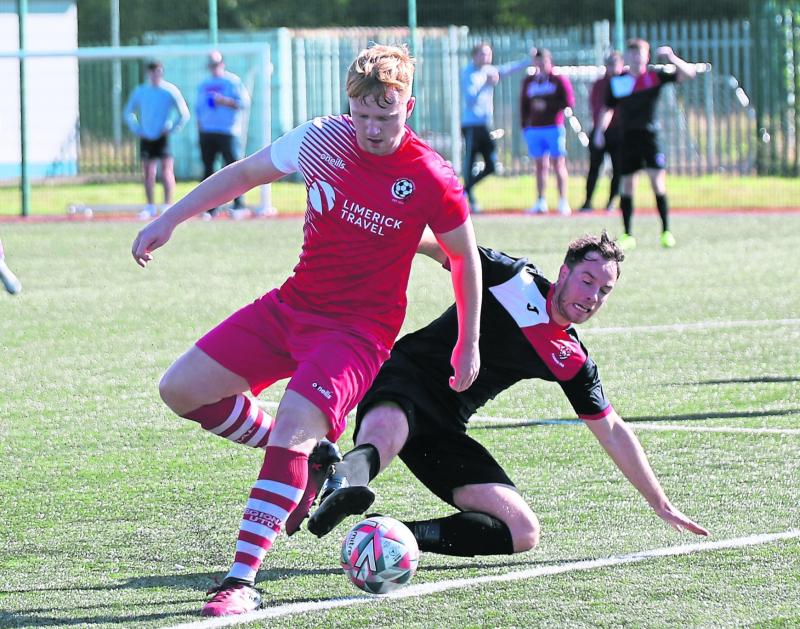 Patrick McDonagh, of Regional United, in action against Karl Turner, Janesboro, in their Premier Division fixture at Dooradoyle on Sunday Pic: Brendan Gleeson