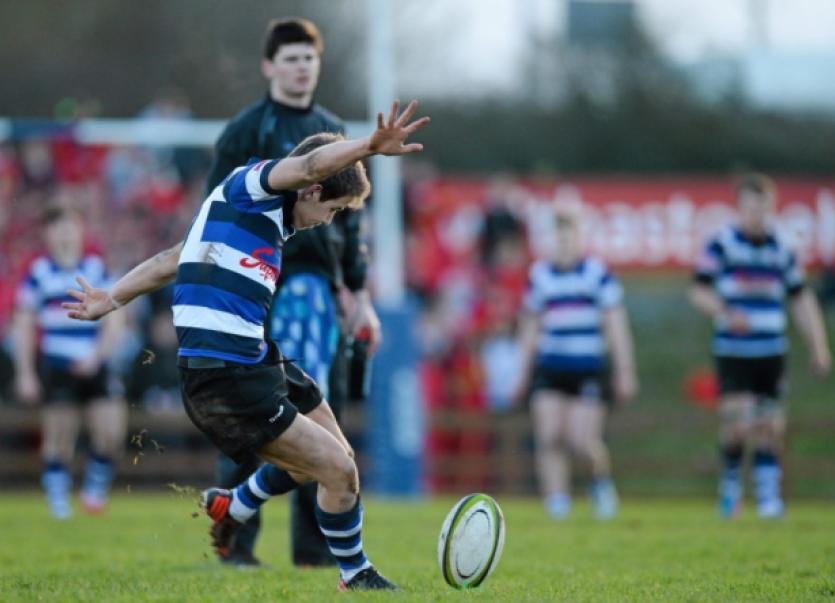 CRESCENT Comprehensive will play Ardscoil Ris in the SEAT Munster Schools Cup after they beat Castletroy College 23-8 in the semi-final on Friday afternoon.

CRESCENT Comprehensive will play Ardscoil Ris in the SEAT Munster Schools Cup after they beat Castletroy College 23-8 in the semi-final on Friday afternoon.

Castletroy took the lead early on following a drop goal from outhalf Mark McCarthy but Crescent weren’t to be upset.

Fionn McGibney hit back with a penalty and then flanker Sean Fitzgerald got over for the game’s first try.

McGibney converted as well as adding another penalty and it was 13-3 to Crescent at the break.

Castletroy showed great character throughout the second half but Crescent’s second try put the game beyond reach. Centres Will Leonard and JJ O’Neill combined for O’Neill to cross and McGibney added five more points with the boot to put them in control.

Castletroy continued to battle hard, however, and were rewarded when Ronan Murphy touched down.

But it wasn’t to be their day and Crescent now go forward to an all-Limerick final against Ardscoil on St Patrick’s day.