Women In Sport: Marie Curtin stresses importance of trying 'to always challenge yourself’ 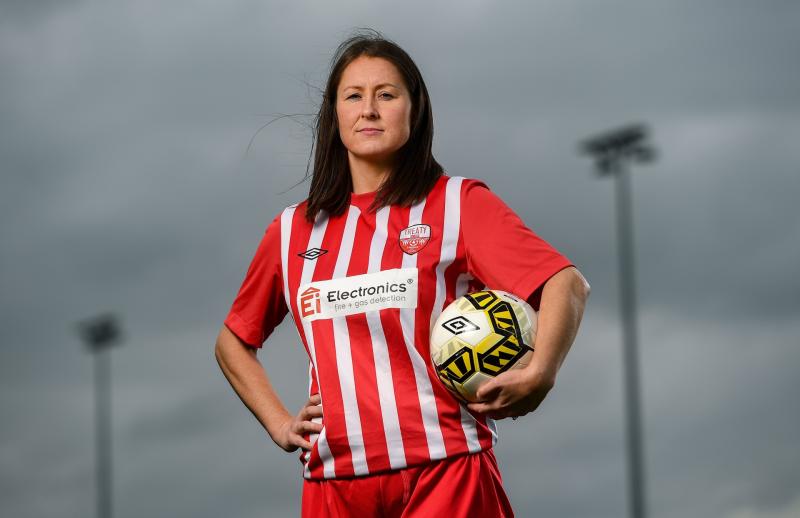 MARIE Curtin is a former Irish international and professional soccer player. Marie played in the USA, Norway and in Ireland’s Women’s National League with Limerick FC and Treaty United. She also represented Limerick Ladies Gaelic Football, winning an All-Ireland Final with Limerick in 2010. She is now a coach for Treaty United girl’s U17 Academy Team.

Did you as a child have any sports women that you looked up to?
Sonia O’Sullivan was the big one really in Ireland. When I was a teenager, I first saw the US women’s soccer team play in the Women’s World Cup which was great because in Ireland the Irish Women’s Senior team was not visible at all in the media. It was great to see a women’s soccer team being successful on an international stage and getting huge exposure.
We have come a LONG way since then!

What does your game day routine look like?
When I was a player, I tried to make my game day relaxed to reserve energy. Eating a strong pre-match meal was important and hydrating. Mostly, I liked to keep it as normal as possible treating it like any other day. I found treating it that way was best for controlling any nerves.

What has been your most memorable moment in your sport?
Winning a WPLS US National Championship with Long Island Fury in 2006. It was a huge honour and I played with and against serious players in getting to the final. We flew to Utah from New York for the Final Four tournament, and I just remember it being the perfect season. We were perfectly coached, and it was a point in my career where my coach made me think differently about how I played the game. I made some big improvements to my game that year which I carried for the rest of my playing days.

What is the best advice a coach has given you?
If you stay within your comfort zone, you’re not improving. Try to always challenge yourself, and/or find a coach who will challenge you and your teammates.

Where would you like to see women in sports in 10 years time?
I feel it is going in the right direction for many women’s sports in Ireland, but I would like to see equal respect from the media, equal exposure, proper investment in the game from our national governing bodies. Where nowadays, women’s football is finally being seen as a business opportunity, particularly on our Irish Women’s International Team. I’d like to see that continue in the domestic game. This takes serious leadership from the top within sporting organisations in driving on our women’s sports.