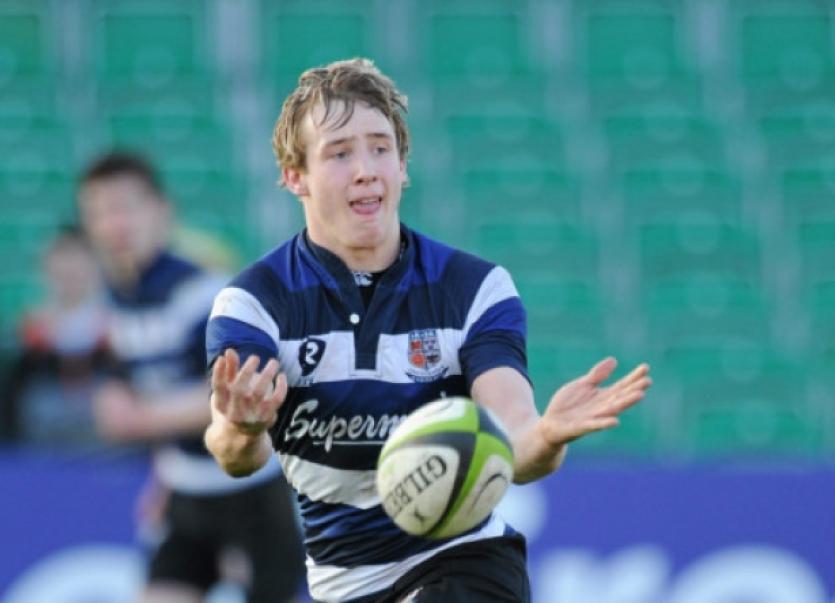 Crescent College Comprehensive coach Conan Doyle believes the side will have to produce their best performance of their Munster Senior Cup campaign this season if they are to end Rockwell College’s three-in-a-row ambitions.

Crescent College Comprehensive coach Conan Doyle believes the side will have to produce their best performance of their Munster Senior Cup campaign this season if they are to end Rockwell College’s three-in-a-row ambitions.

Crescent will play their third Cup tie in 11 days on Bank Holiday Monday as they lock horns with Rockwell College at Thomond Park in this year’s decider (2pm).

Crescent have a short six day turnaround between their nail-biting semi-final replay victory over CBC, at Musgrave Park, and this Monday’s final.

Garryowen star Doyle said: “It will be tough against Rockwell. We are looking to get into recovery mode and getting the bodies right for Monday’s final.

“It’s a quick turaround, but it has to be done. I am sure they will be fine, young bodies, they will be grand.

“It doesn’t matter who we are playing in the final. The fact Rockwell are going for three-in-a-row doesn’t come into it. The two teams deseve to be there. It is going to be a battle at the end of the day.

“We will be hoping they can produce a top class display for the full 70 minutes on Monday, but the challenges have gotten hardere as the Cup has gone on. “At the end of the day., all you want to do is win. It doesn’t matter if you are not quite playing to the peak of your powers. That just gives you confidence going into the next game that they will do that bit better. I will be hoping they do and they will have to against Rockwell. We will be going in with plenty of confidence.

“A 19-year gap since the school’s last Senior Cup win is a long time for a school which has produced such quality teams over the years. It’s a while. We will be hoping to end that wait.

“You would like to think the fact the final is on at Thomond Park will be an advantage to us. At the same time, Rockwell have won two finals there the last few years. A few of their players played in those finals.

“I think they will be more used to the venue than us. But in terms of support, the occasion and the fact it is on in Limerick, that will be great.

“Hopefully there will be a big crowd out there.

“Playing a third game in sich a short space of time is not easy. Fair play to them for coming through it. It will be tough, but we will have to do it.”

Rockwell have Denis Leamy in their backroom team while Paddy Butler’s brother Aidan is one of their star men at Number 8. Sonny O’Dwyer and Neville Flynn are going for their third winner’s medal.

The game is being shown live on Setanta at 2pm and will be followed by the Leinster final between Blackrock College and St Michael’s.