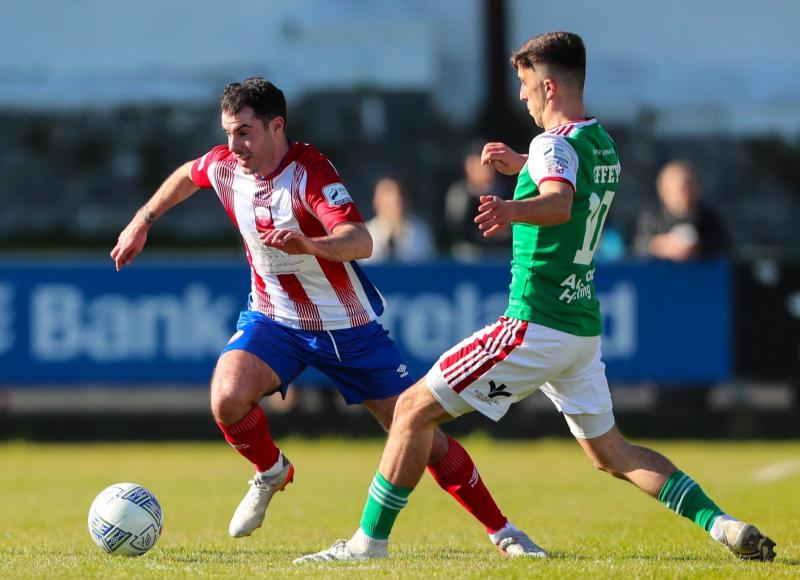 TREATY United are on the road for a Munster derby with Cork City this Friday evening in the SSE Airtricity League.

The tie takes place in Turners Cross at 7.45pm.

This evening is the fifth meeting of the teams this season - Cork winning all and scoring 15 goals, with Treaty yet to find the net.

The Limerick First Division side saw their four game winning run come to an end last weekend when losing to Waterford in the Markets Field.

It was a first defeat since late June but now the task of returning to winning ways comes on Leeside against the league leaders, who have lost just once in 23 outings.

Last Friday’s loss to Waterford was the seventh defeat of the league for Treaty, who now have eight regular season league games remaining.

The home side will rue Enda Curran’s missed penalty just before half-time. Goals from Tunmise Sobowale and Darragh Power had the visitors 2-0 ahead at half-time.

Substitute Success Edogun got his first league goal for the club, but untimely, his 89th minute strike came too late for United to build upon.

This weekend could prove to be decisive in the destination of the First Division title.

Then on Monday night, Cork play their game in hand when they host Waterford.

After this evening's journey south, Treaty are on the road again the following Friday when it's a tie against bottom side Athlone Town before attentions turn to the FAI Cup against Moynooth University Town, which has been confirmed for Saturday August 27 at 5.30pm in John Hyland Park in Baldonnell, Dublin.