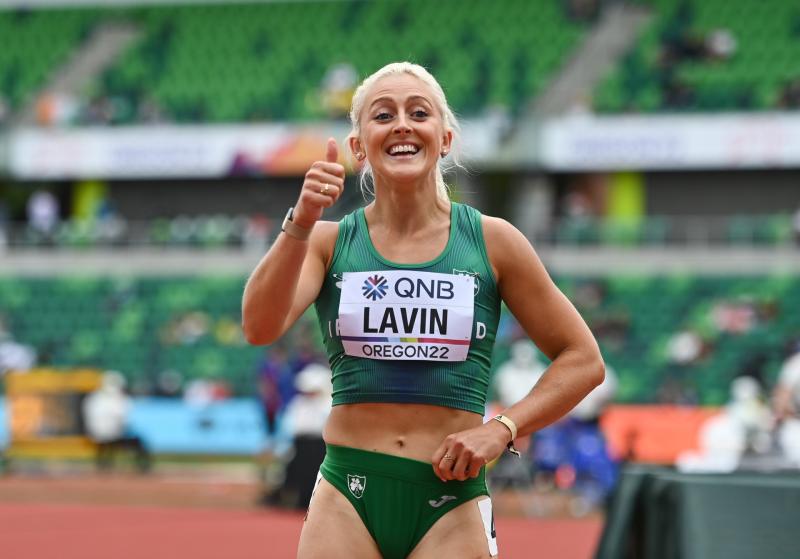 LIMERICK star Sarah Lavin has been included in an Athletics Ireland squad of over 35 athletes for the European Athletics Championships in Munich on August 15-21.

The Emerald AC athlete is a former world indoor finalist and just last month the Lisnagry woman ran her second best time ever in the 100m hurdles at the World Athletics' Championships in Oregan, USA.

Speaking at the team announcement, Athletics Ireland Director of High Performance, Paul McNamara said: “With 31 individual athletes selected this is the largest cohort we have ever sent to a major championship, despite the higher qualification standards than any previous edition of this championships, and with 25 athletes inside the A standard".

"This team includes multiple athletes, both seasoned campaigners and rising stars, that are primed to make an impact, demonstrating both enhanced depth and breadth in our athlete cohort. It’s been a busy season with World Championships and Commonwealth Games for many of this squad, but the European Championships has been the primary focus for 2022,” said McNamara.

Physiotherapist Lavin has been in terrific form this summer breaking her personal best for the 100m hurdles on three occasions.

Lavin set her current personal best of 12.84PB at the Cork City Sports Meet. The performance follows on from her claiming a 7th national outdoor title.

The exciting sprint hurdler had finished 7th in the 60m hurdles at the World Indoor Championships back in March - the former Castletroy College student became the first Irish athlete in 12 years to make it to the World Indoor final in Belgrade.

Lavin also competed in the 100m hurdles at the Olympic Games in Tokyo last summer.