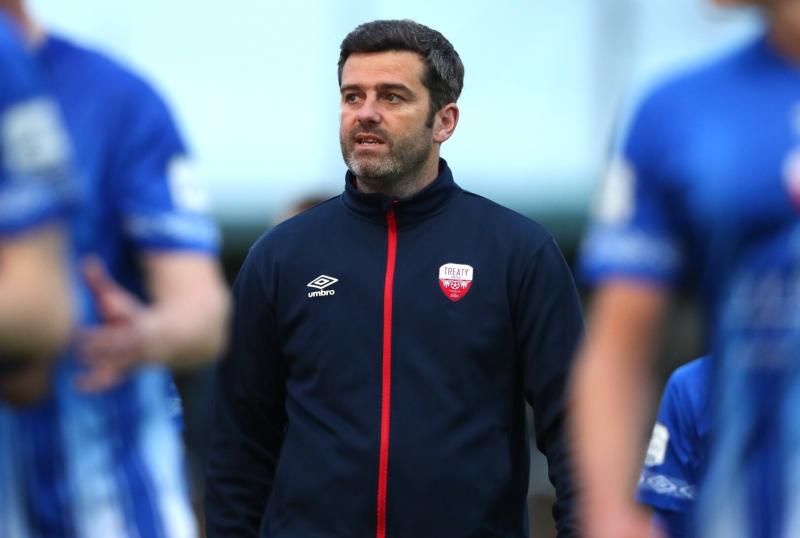 TREATY United have a break from playing action in the SSE Airtricity League First Division this Friday as Tommy Barrett's charges have a bye week.

In-form Treaty made it three wins on the bounce in the league when securing an impressive 2-0 victory over Bray Wanderers at the Carlisle Grounds on Friday night last.

With Wexford FC not in action in the Round 25 fixtures, Treaty took full advantage moving ahead of the Ferrycarrig Park-based

side by three points and into the final promotion play-off position.

A surprise defeat for promotion play-off chasing Longford Town against basement side Athlone has also seen Treaty, who defeated Longford in their penultimate First Division fixture, move level on points with the Midlanders.

Treaty United will be seeking to make it four wins on the bounce in the First Division when resuming competitive action in the league on Friday, August 5 at home to Waterford FC at the Markets Field.

Before resuming their programme of First Division league games, Tommy Barrett's Treaty United side will host non-league Usher Celtic FC in their first round Extra.ie FAI Men's Cup clash on Friday, July 29 at the Markets Field at 7.45pm.

Local junior soccer side, FAI Junior Cup finalists Pike Rovers, 1-0 winners over Everton, of Cork, in their preliminary round, make the trip to Dry Arch Park to take on Letterkenny, Co Donegal-based Bonagee United FC on Sunday, July 31 at 2pm.

All 16 fixtures in the opening round of the FAI Cup will be played on the week-ending Sunday, July 31.