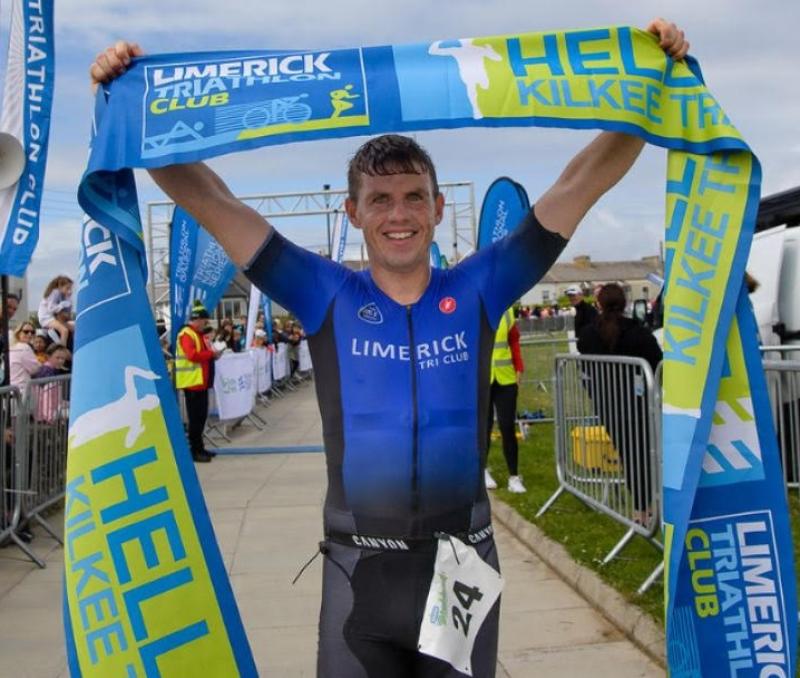 After a break of a couple of years due to Covid, the return of the long established and very successful Limerick Triathlon Club promoted 'Hell of the West' in Kilkee returned last weekend.

Limerick Tri Club athlete, Ronan Costelloe, took the overall winning spot in a time of 2 hours 15 minutes and 48 seconds for the event finishing well ahead of second placed Conor Mullany, with Kevin Curran in third place.

The Hell of the West is part of Ronan’s preparation for the 70.3 World Championships in Utah, USA in October where he hopes to compete in the 30 to 34 age group.

Last September Ronan finished 16th overall in 70.3 Nice, France producing one of the fastest bike times in the entire event, and finishing just behind former professional cyclist and double Olympic medallist Alexander Vinokourov. He continues his preparation this month with the 70.3 Youghal, Cork.

Ronan is involved as Strength and Conditioning coach with South Liberties senior hurlers and the winning UL Fitzgibbon Hurling team.

He is the son of Gearoid Costelloe, and his dad previously represented Ireland at International level as a racing cyclist throughout Europe and has held the yellow jersey and won a stage in the 9 day Ras Tailteann international cycle race.

Ronan is best known as a racing cyclist, with race wins to his credit, having taken the first overall in his category in the 2017, 9 day International Ras Tailteann cycling event among top international opposition, but he’s focused has turned to triathlon in the last few years.

Limerick Tri Club almost had a double victory when Kathryn Fahy produced a wonderful performance in second place being pipped for first by Shauna Doellken O’Shea. Kathryn produced the best bike time in the women’s event of 1.17.20 despite having very little preparation for the event.