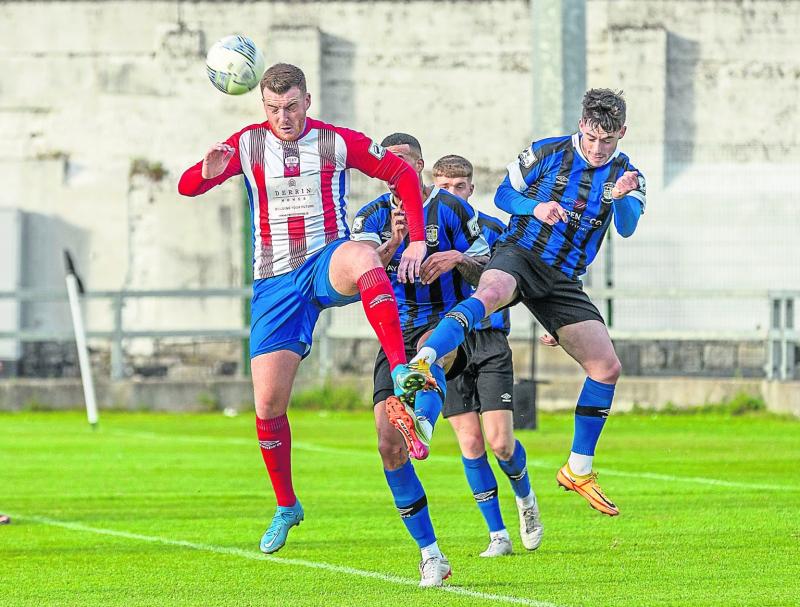 TREATY United have been dealt a blow ahead of Friday night's SSE Airtricity League First Division fixture with Longford Town with news that defender Joe Gorman has left the club.

Twenty seven-year-old Gorman joined Treaty this season, having spent the second half of 2021 with Galway United. He moved to Eamonn Deacy Park from Longford Town.

The defender made 17 appearances for Treaty United this season, recording one goal and one assist.

Confirming his departure on social media, Joe Gorman said: "I would like to place my thanks to Treaty United, gutted my time at the club has come to an end.

"Looking forward to the next challenge that lies ahead. I would also like to thank the gaffer and all the staff involved with the club, from the directors to the volunteers.

Treaty United can confirm that Joe Gorman has left the club.

Joe made 17 appearances for Treaty this season, recording one goal and one assist.

All at the club would like to express our gratitude to Joe for his contribution to the team and wish him all the best for the future. pic.twitter.com/KfPdq9icAC

"Lastly and by no means least, thank you to the wonderful fans who supported me from day one. It truly meant a lot to me and my family."

Treaty United has thanked Joe Gorman for his time at the club and wished him well for the future.