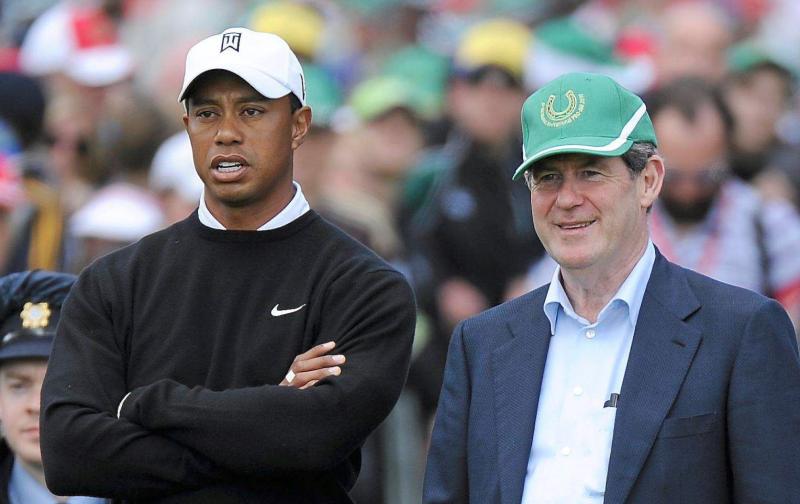 THE full draw for the 2022 JP McManus Pro-Am, which takes place this Monday and Tuesday at future Ryder Cup course, Adare Manor, has been made.

One of the biggest draws at next week's event, Tiger Woods, is among the afternoon starters on Monday, teeing off from the first tee at 2.05pm.

The Monday morning starters include Justin Rose who tees off from the first tee at 8.40am, while Paul Casey and Adam Scott begin their roundsat 9.40am and 9.50am respectively.

Ten of the world’s top 11 ranked golfers are confirmed for the sold-out event, which is also being broadcast live on Sky Sports, Virgin Media and The Golf Channel in the USA.

Tee times are in

The draw is complete and the tee times are in: https://t.co/F7nvf1njE9

The event organisers have also released some key spectator information which may assist attendees who are travelling to the event.

Anybody who has not pre-booked parking and wishes to park on-site at the Pro-Am is encouraged to arrive early each day as additional spaces will be available, priced at €30 per day. Please note, if those additional spaces become full, only those who have pre-booked will be granted access. NB: Contactless payment only accepted.

The Park & Ride facility starts at 6am and will run every 30 minutes from Limerick Racecourse. Last shuttle departing from Adare Manor is 8:30pm each night. 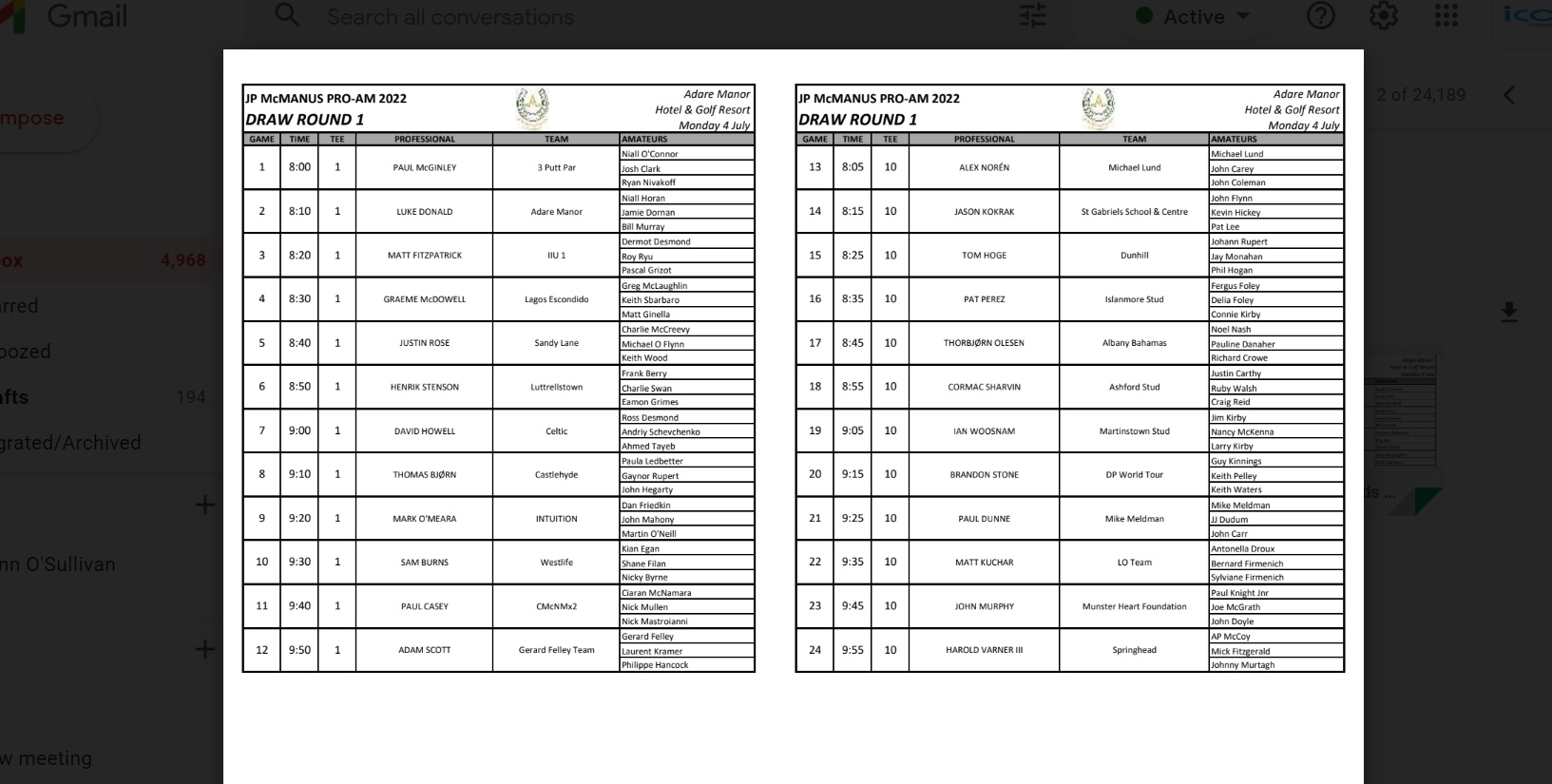 Your cap is your entry ticket. Anyone including infants that does not have a ticket will be denied access to the event. Please note, all caps from the rescheduled 2020 event are valid.

Anybody without a ticket cap for the event can watch live coverage in Ireland at 2pm on both days, on Sky Sports and Virgin Media Two.