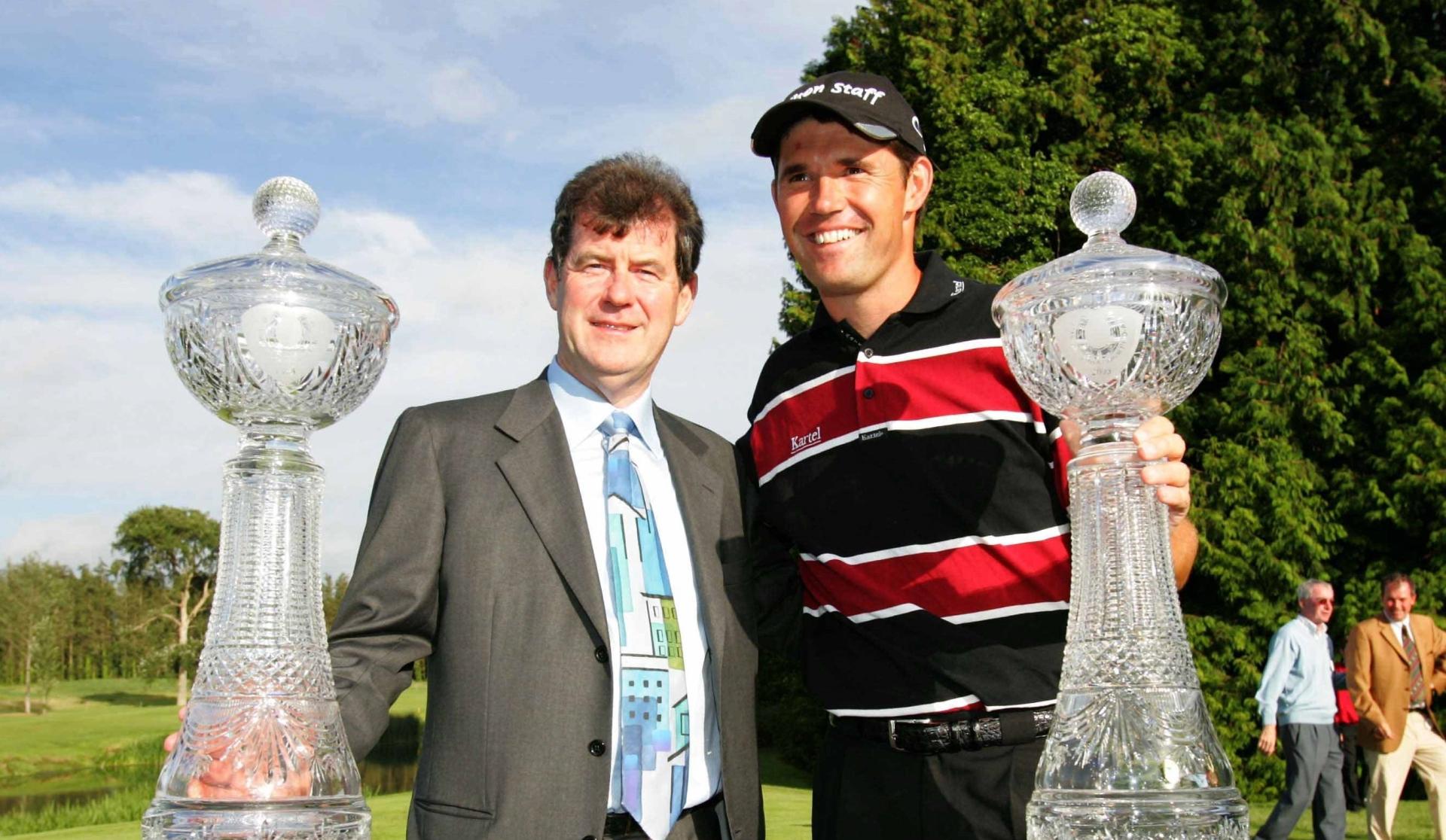 IN 2005 the JP McManus Pro-Am moved from Limerick Golf Club to the Adare Manor.

Padraig Harrington was the player to lift the winning trophy.

Over 8,600 people had played in pre-qualifying golf tournaments organised by local charities throughout the country and 12 charity teams qualified to play in the Pro-Am. Charleville Community Care fielding the successful overall winning team.

As a result of two days of fantastic golf, over €31m was allocated to 56 charities in the mid-west region.

Ahead of next week's return of the Pro-Am, the Leader Leader delved into the Sportsfile photographic archive to relive that 2005 edition of the JP McManus Pro-Am.