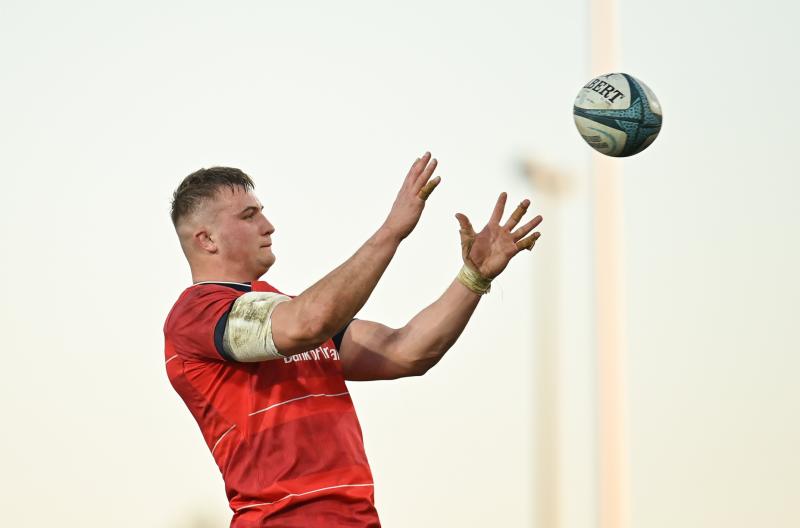 The Munster Rugby team has been named for Friday night’s URC quarter-final against Ulster at the Kingspan Stadium (7.35pm, live on TG4).

Peter O’Mahony returns to captain Munster and is one of four personnel changes to the side that faced Leinster in the final regular game of the season.

Damian de Allende, Gavin Coombes, and Stephen Archer also start for the knock-out clash with Coombes making his first appearance since the beginning of April after overcoming an ankle injury. It’s a landmark occasion for Stephen Archer who will make his 248th appearance in red on Friday night becoming Munster’s second most-capped player.

The tighthead prop joins Josh Wycherley and Niall Scannell in the front row. There’s a positional switch for Fineen Wycherley who returns to the second row to pack down with Jean Kleyn.

The back row trio of O’Mahony, Alex Kendellen and Coombes complete the pack.

In the backline de Allende resumes his midfield partnership with Chris Farrell and the half-back partnership of Conor Murray and Joey Carbery remains unchanged.

It is as you were for Keith Earls, Andrew Conway, and Mike Haley in the back three. - In player news, Jack O’Donoghue was unavailable due to a back strain.

Munster have decided to go with a 6-2 split on the bench once more with Ben Healy and Craig Casey offering cover for the entire backline.