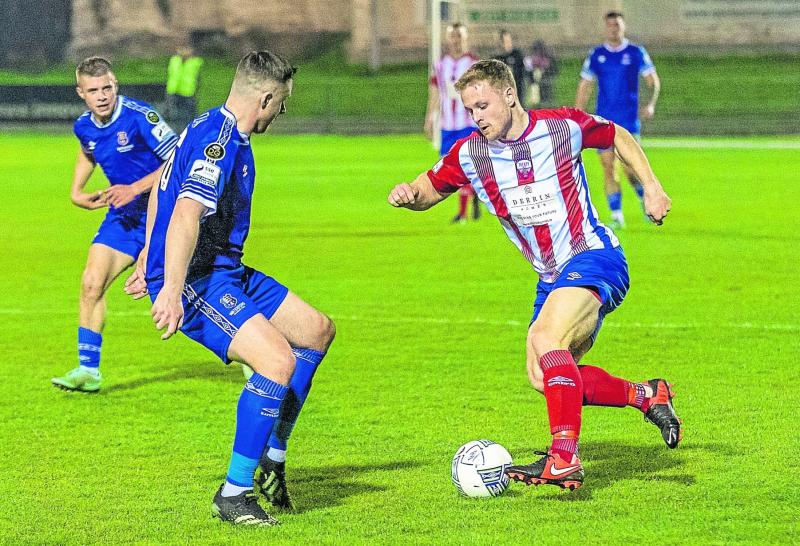 Treaty United's Joe Collins in action against Waterford in the First Division at the Markets Field in March Picture: Kieran Ryan Benson

Treaty go into the game on the back of three successive draws in the league, most recently playing out a 2-2 stalemate with Cobh Ramblers at the Markets Field on Friday night.

The result leaves Treaty in fifth place in the table, occupying the last of the promotion play-off spots. Treaty now enjoy a three point advantage over sixth-placed Wexford FC who picked up an impressive away point at high-flying Cork City on Friday night.

Marc Ludden scored both Treaty goals from the penalty spot, one in either half, in the Munster derby draw. However, the home side will feel more than a degree of frustration at being unable to take full points from the content.

Visitors Cobh played the final quarter of the game with 10 men following the sending off, but Treaty were unable to come up with a precious winning goal. Treaty's last win in the First Division was against Wexford FC on Friday, April 18.