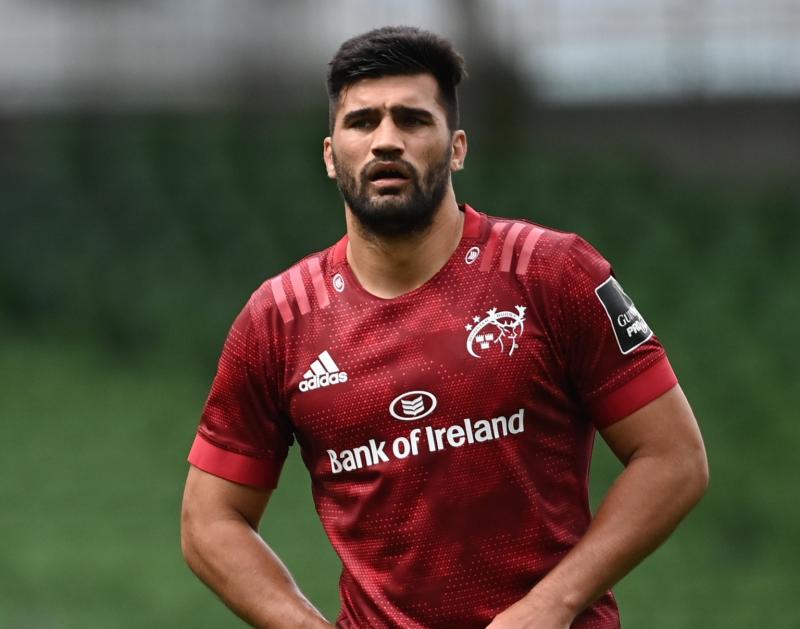 MUNSTER Rugby has been dealt a double injury blow ahead of this Saturday's crucial URC interprovincial derby meeting with Leinster at the Aviva Stadium.

Munster confirmed this Monday that Simon Zebo is being managed for a chest/rib injury and will be unavailable for selection for the final round regular season fixture at the Aviva Stadium, 7.15pm.

In a further injury blow for Johann van Graan's side, the province revealed that South African centre Damian de Allende is being treated for a chest injury and will also miss next weekend's game.

Meanwhile, full-back Mike Haley was removed from the Heineken Champions Cup clash with Toulouse earlier this month after failing a HIA and is progressing through the return to play protocols. His availability will be determined later in the week.

Team captain Peter O’Mahony was removed from the quarter-final with Toulouse with a persistent stinger and will be managed through the week.

In some positive injury news, Munster report that Gavin Coombes (ankle), Chris Cloete (head) and Jack O’Sullivan (knee) will all return to training this week.

James French is reintegrating to rugby training this week as he finalises his return from a knee injury.

However, scrum-half Neil Cronin sustained an ankle injury in training last week and will go for a scan today.