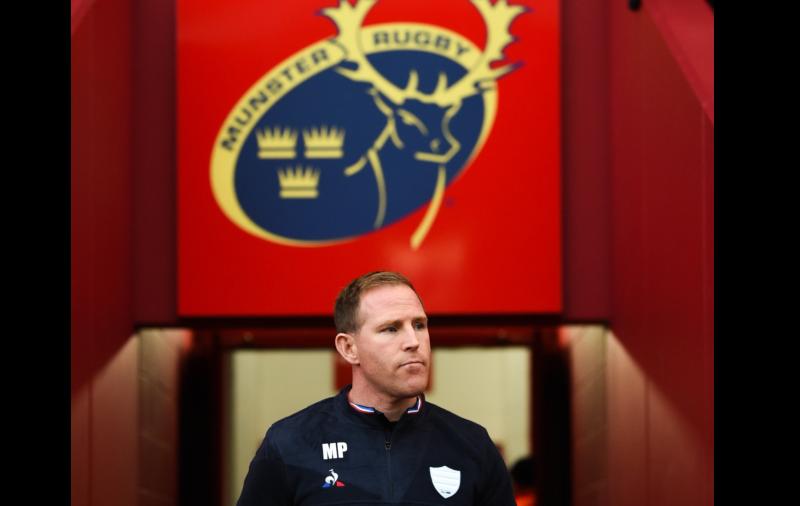 Limerick man Mike Prendergast is set to return to Munster Rugby next season, according to reports in France. The current Racing 92 coach is set to take over Munster's attack next season joining Graham Rowntree's coaching ticket.

French website Rugbyrama suggests "According to our information, the Irishman Mike Prendergast, who replaced Laurent Labit in the summer of 2019, will leave his position as attack coach of the Ile-de-France club next spring to join Munster"

The report goes as far as to confirm Prendergast's replacement at Racing - "Prendergast (44), child of Limerick and European champion with Munster in 2006, will be replaced in Hauts-de-Seine by Englishman Rory Teague. The latter, who was the manager of Union Bordeaux-Bègles during the 2018-2019 season, is perfectly French-speaking and will therefore succeed Mike Prendergast in this role of attacking leader. Teague (37), approached by the leaders of Racing when they were looking to replace Labit, had recently been approached by Montauban but preferred to move towards the Paris suburbs , where he will lead a talented three-quarter line"

Rumours of Prendergast's return have been rife for months as many Munster fans and indeed Graham Rowntree saw the former scrum-half as the ideal choice to lead Munster's attack. Rowntree is also rumoured to be including former Munster backrow Denis Leamy on his ticket, while Andy Kyriacou, currently full time with Munster's academy, is set for a 'promotion' to the senior ticket too.