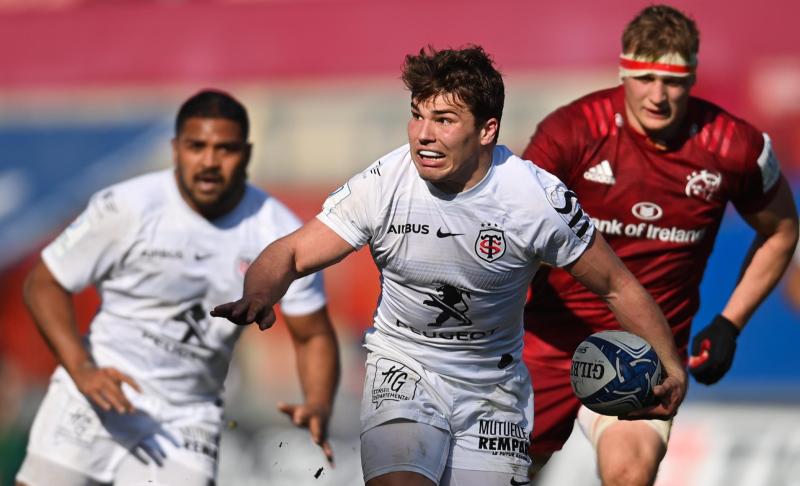 TWO TIMES champions Munster Rugby will host the current and five time winners Toulouse at the Aviva Stadium this Saturday (3pm) in the quarter final of the 2022 Champions Cup. When the two sides clash at the Aviva Stadium on Saturday, both clubs will be making a record 19th appearance at the quarter-final stage of the tournament.

Johann van Graan's side are in a rich vein of form in recent weeks and will fancy their chances of an upset. The game, being played at HQ due to Ed Sheeran's concerts at Thomond Park, is sure to be a tight affair. Munster and Stade Toulousain have met six times in the knockout stage to date – including the famous 2008 final – with Munster ahead 4-2.

Munster were winners in 2014 and 2017 at the quarter-final stage, however, Stade Toulousain triumphed 40-33 in the Round of 16 at Thomond Park last season on their way to lifting the trophy. Munster will be looking to the stats, as the ‘home' side normally does well in these ties. Of the 100 tournament quarter-final matches to date, 74% have been won by the home club.
Munster prepared for this weekend's game with a 42-21 win over Cardiff at Musgrave Park on Friday night. That win sees Munster into second spot in the URC table, with one round remaining.

That final tie is also to be played at the Aviva on May 21 against table toppers Leinster. Ahead of the Champions Cup last eight tie, Munster will have to plan without the services of David Kilcoyne (neck), Jack O’Sullivan (knee), Gavin Coombes (ankle), Tadhg Beirne (thigh), Andrew Conway (knee), James French (knee) and RG Snyman (knee).

With the teams now named, see above link, Munster seem to believe this game will be won up front, with a 6-2 split once more on the bench. Craig Casey and Ben Healy being the cover for seven backs means that Munster will be hoping for a clean bill of health throughout the game from 9-15.