Opinion: 'Memories of 2009 will drive Limerick on against Tipperary' - Shane Dowling 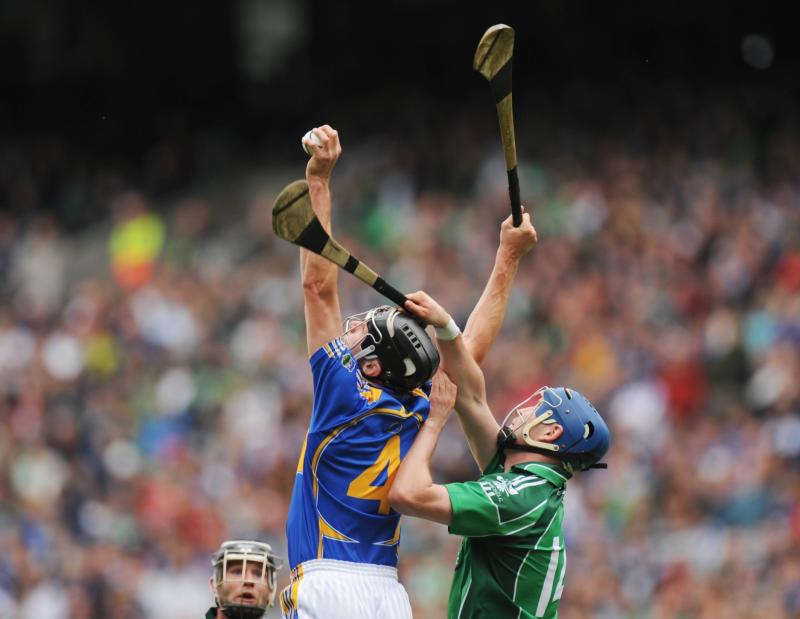 All roads lead back to the TUS Gaelic Grounds this Sunday afternoon. It is amazing how time flies and years go by, as you go from being underdogs for years and trying to scrape a win, to being raging hot favourites.

I remember when Tipperary came to town In 2007, we were underdogs, we went to Thurles in 2012 and nearly got a win, turned them over in 2013, narrowly, in the Gaelic Grounds before we went on to win Munster, and again robbed them of victory in their own backyard in 2014.

Even when Limerick may not have been going great, we never feared Tipperary. We always loved playing them. Our record over the last number of years against Tipperary has been really good, and they have struggled to come to terms with the current Limerick team. I think that’s what makes the 2019 loss against Kilkenny so much harder, the fact the record over the last 5 years against Tipperary is so good. Anyway, c'est la vie.

When Tipperary come to Limerick this weekend, there are no two ways about it, they will come a deflated team. After suffering two losses, to Waterford and Clare, they know that they have to come to Limerick and leave with nothing other than a win.

No matter what Colm Bonnar says publicly, or what is said internally, players know deep down when you are going well or not going well. Only the Tipperary players will know what kind of belief is there. Externally nobody knows and that only shows on game day.

It is a long time since you saw Tipperary as 6-1 shots in a two horse race, and that will tell you where things are at. In saying that, one game comes to mind for me. The 2009, All-Ireland semi final. Tipperary 6-19 to Limerick 2-7.

The reason John Kiely is manager of Limerick today, is because he sat in the Hogan Stand after that match and said to himself, “I have got to try and do something to stop this”. The following year, he was intermediate manager, before going in with a selector with Leo O’Connor with the 21’s team. He then went in with John Allen for a few years, before becoming manager of the U-21 team, and the rest, they say, is history.

So my point is, you can be damn sure that John never forgets that day in Croker, and will be doing everything to ensure that no lazy mindsets set in, and that Limerick will be going with an all guns blazing approach, to ensure that Tipperary's last round robin game will be meaningless for them!

On the Limerick front, obviously it was extremely disappointing to see that Cian lynch will miss the rest of the Munster championship, but not surprising all the same. When you see a player pull up as quickly as he did, as early as he did - it is never good, and I would suspect that it will take 4-6 weeks before he is right again.
By the way, that is a un-educated timeline I have given, just going on what I have seen before! But as John often says, one man down, next man up, no matter who you are. And someone else will be given an 11 jersey on Sunday and it's up to them to ensure that the system keeps ticking.

It will afford someone else a chance to get game day experience, to be on the panel and a chance for another sub to make a name for himself. I would be a glass half full character, and always try to look for a positive. And that’s the way it has to be. While Cian will be missing, I would suspect Seamus Flanagan to be back, whether that is to start or come on, and I would also think that Kyle Hayes will be an option, again be it start or come on.

The talk on the ground I guess is fairly simple isn’t it? That Limerick are flying, and Tipperary are not. I would imagine if you lined 100 people up against a wall and asked them for a verdict, they would all say Limerick. I have no doubt that Colm Bonnar will have his boys wound up to the last, and ready for war. Well, that’s what you would suspect at least, or hope if you were a Tipperary supporter. Its less than 12 months ago they had Limerick on the rack, I know they are down a few key players, but it is now time for other lads to stand up.

The problem they face is Limerick are back to their best. And come 1.32 on Sunday when John is saying his last few words to the lads, I have no doubt in my mind whatsoever, that his motivation will come from some 13 years ago, when Tipperary showed no mercy on Limerick. So if they are coming to the Gaelic Grounds thinking that limerick may underestimate them, they will be sadly mistaken!