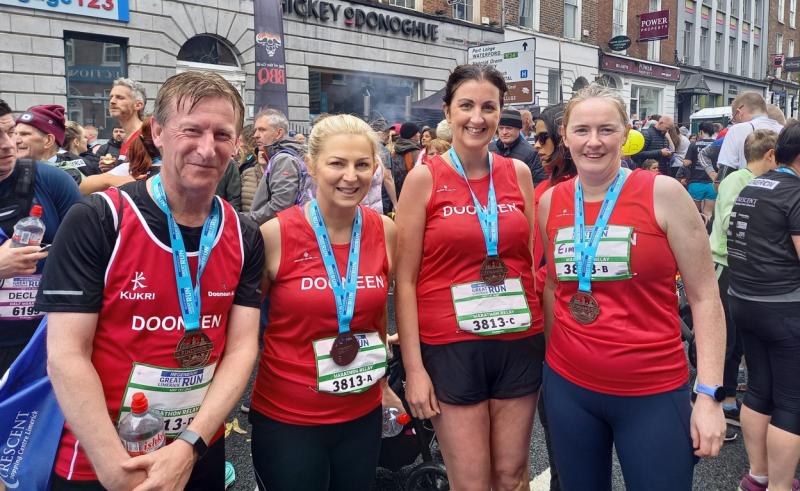 The Great Limerick Run returned to the city for the first time since 2019. Over 6,000 athletes took part in the marathon, half marathon and 6 mile race.
Marathon
There was a big entry field for the marathon with over 1,000 runners starting. Clonliffe Harriers athletes Sergiu Ciobanu led from the gun and won the race in a time of 2.21.
Clare athlete Sean Hehir was in second place with Tudor Moldovan in third.
Olympian Catriona Jennings from Letterkenny AC was the first woman home in a time of 2.41.
John Kinsella of Bilboa AC was the first Limerick athlete across the line. Paul Fitzgerald of Limerick AC was in the Top 20 with an impressive race.
Limerick AC has a sizeable group of athletes taking part in the marathon and Mike Lynch, Thomas Shanahan, David Hanlon, Liam Lynch and Paul Noonan all ran a sub 3 hour marathon. Niall Harris of Dooneen AC also ran under 3 hours.

Half Marathon
1,900 men and women took part in the half marathon and Peter Somba was first home in a time of 1hr and 4 minutes. Tim O’Donoghue and Conor McCauley were second and third. Courtney McGuire was first woman home. West Limerick’s Karl Lenihan was in tenth place with his teammate Gerard Guina also securing a top 50 place along with Dooneen’s Niall Harris.