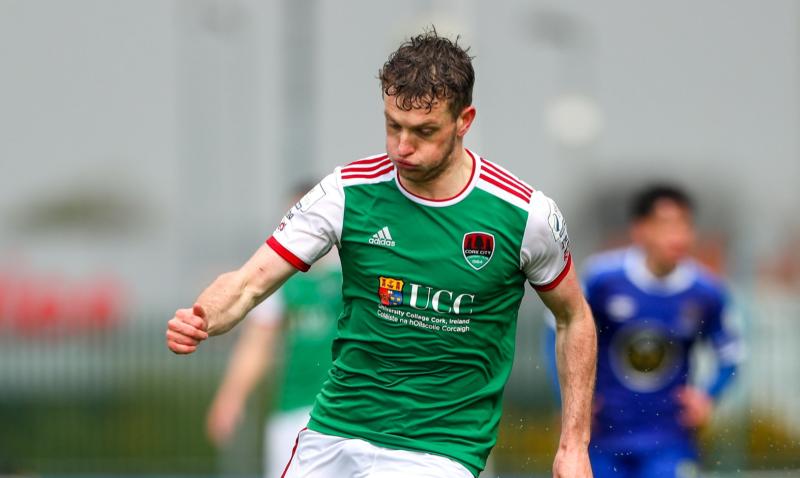 Three goals in four second-half minutes meant back-to-back defeats for Treaty United this evening as Cork City showed their quality and class to cement their place on top of the First Division table.

This bank holiday Munster derby finished in a comprehensive 3-0 Cork victory, before an attendance of 2,496.

Strikes from Ruairí Keating, Matt Healy and Cian Bargary quickly undid the strong defensive work from the previous hour, to give the Leesiders four consecutive victories.

Having surrendered a 2-0 advantage to Galway late on Friday evening, Treaty aimed to they were robust in defence and slowed the tempo where possible in the first half.

Openings for the visitors were rare in the opening half, and it was Cork who came closest to opening the scoring in a five-minute burst prior to the interval.

The instruction of Cian Bargary and Cian Murphy gave Coty frsh impetus and they soon struck the front. Keating found the net just beyond the hour mark. Picking the ball up 25-yards out, he turned onto this favoured right foot and drilled low to the bottom

Within 80 seconds, Healy doubled the lead. Keating was involved again, shaking off a Joe Collins tackle, before finding Healy who finished from just inside the area.

Tommy Barrett’s side had barely time to catch their breath when Cian Bargary sealed this tie. The substitutes shot had too much power for Brady, and despite protests for a high foot in the build-up, the goal stood.

Treaty have a break from league action until May 13th, when they host Bray Wanderers. Before that, they return to Turner’s Cross next Monday for a Munster Senior Cup semi-final clash with Cork City.