Garryowen and Bruff U14 girls team up to win Munster title 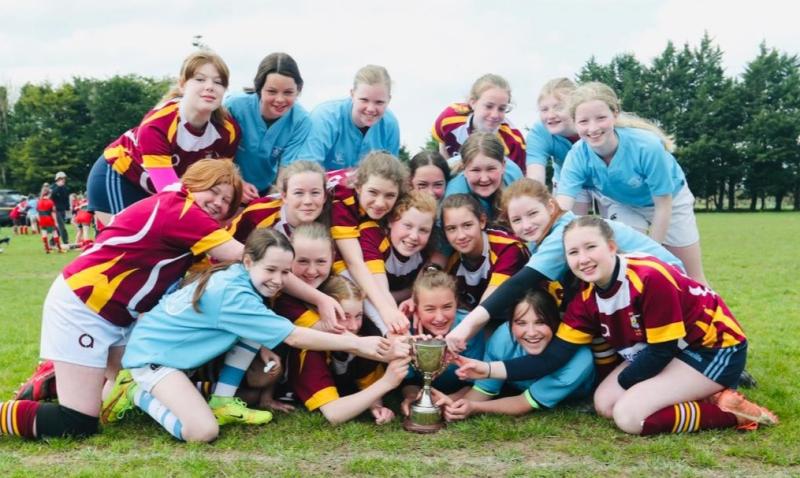 In order to build on their success, an amalgamation was formed with Bruff RFC. This guaranteed the girls to compete and play meaningful rugby for the season. They finished top of their group in the Munster U14 Girls League. The final was in Ballincollig RFC on the Bank Holiday Monday, beating a very strong Clonakilty side.

The game was highly competitive with both sides showing excellent tackling and ball handling skills, the Limerick amalgamation side were under pressure for a long time in the game but the hard work at defence was matched by the class shown in offence.

The passing and support play was excellent and Meabh Purtill using her lightning speed scored 4 tries on the day. Quick thinking from Sophie O’ Riordan (Bruff RFC) scored another and her try was converted by Alana Griffin (Bruff RFC) with the final score of 27-15

The bond between the Bruff and Garryowen girls has been brilliant, friendships that will last a life time.

Garryowen FC wish to build on the success of this season and are inviting girls born between 2007 and 2010 to 'Give it a Try' – which is an introduction to rugby training course starting on Thursday, May 5 in Garryowen's grounds in Dooradoyle.  Any queries please contact Bart O’ Brien on 086 1042474.