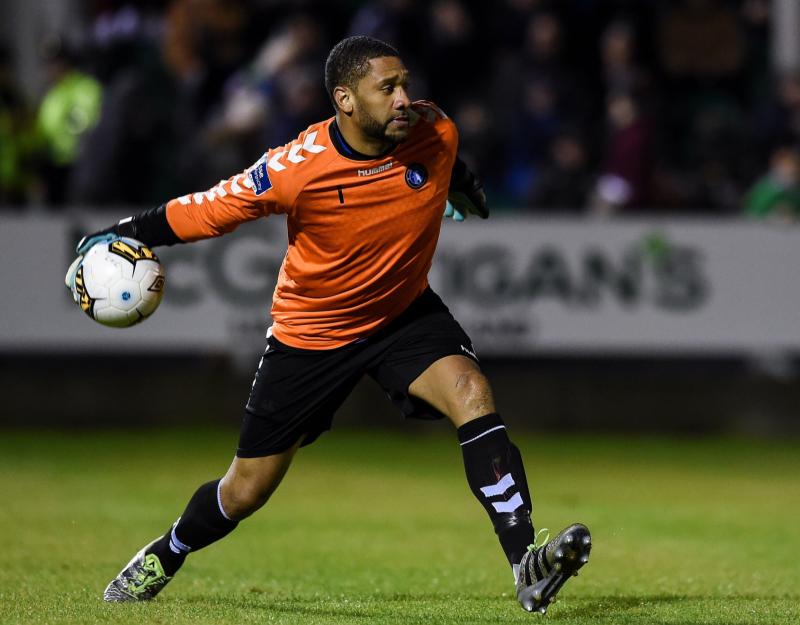 Freddy Hall, who has died in a car crash in Bermuda, in action for Limerick FC in 2017

THERE has been widespread sadness among soccer fans in the Mid-West with news of the death of former Limerick FC goalkeeper Freddy Hall in a car crash.

Thirty seven-year-old Bermudan international Hall joined Limerick FC in the summer of 2015 and was hugely popular with the club's supporters.

Hall’s debut came in a 4-0 defeat to Shamrock Rovers in Tallaght.

Hall, who made more than 40 appearances for Limerick FC in total, departed the club in early 2018, returning home to Bermuda. The talented netminder won 11 international caps for his native Bermuda.

Prior to joining Limerick FC, the late Freddy Hall was released by National League North side AFC Telford United. He also played with Conference North side Oxford City last season.

Having been coached at University in the United States by former Newcastle United and West Ham United keeper Shaka Hislop, Hall also played Major League Soccer with Toronto in 2011-12 before spending three seasons in England.