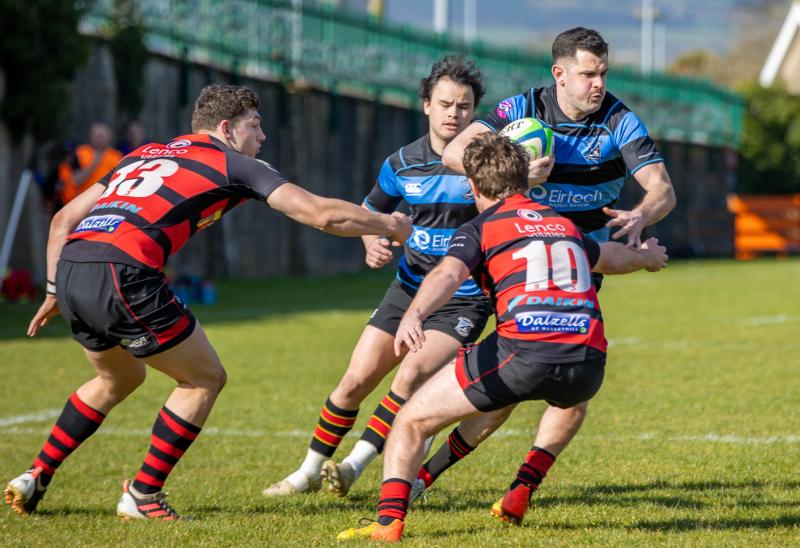 Shannon RFCs Jamie McGarry makes a break in their All-Ireland League 1B fixture with City of Armagh at Thomond Park Pic: Kieran Ryan-Benson

THE final round of regular season fixtures in the Energia All-Ireland League take place this Saturday at 2.30pm.

In Division 1A, Young Munster, who saw their hopes of reaching the top four play-offs ended with their 27-19 defeat to Cork Constitution at Clifford Park last weekend, complete their programme of fixtures away to Ballynahinch.

In Division 1B, Shannon, who have already secured their place in the promotion play-off semi-finals, have plenty to play for when hosting table toppers Old Wesley at Thomond Park's back pitch. Shannon will face Highfield in the semi-finals, but the results of this weekend's game will determine which side has home advantage.

In Division 2A, sixth-placed Old Crescent still harbour hopes of making the promotion play-offs, but they will need to defeat Rainey Old Boys this weekend at Takumi Park, Rosbrien and hope results elsewhere go their way. Crescent sit in sixth place in the table, just one point behind fourth-placed Ballymena.

Also in 2A, UL-Bohemian, who are also in the race to secure a promotion play-off position, travel to Cork to take on Dolphin. UL-Bohs sit in seventh place in the 2A table, three points behind fourth-placed Ballymena. Like Old Crescent, UL-Bohs need to win their final round game and hope results elsewhere go their way.

In Division 2C, Bruff, who secured their AIL status for next season with an impressive win away to Skerries on Saturday, host Bangor at Kilballyowen Park.