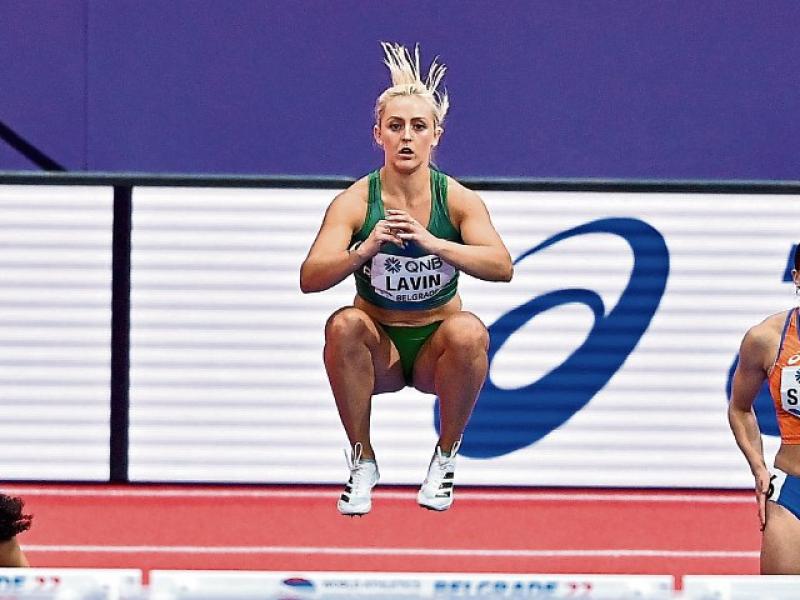 Speaking to RTE following her 8.07seconds final time, the Lisnagry native was overwhelmed following her performance which had seen her post a 7.97PB in the semi final.

“I was backing myself today as I train for these moments. I worked my butt off”

Despite the win Lavin was quick to state that her goals remain higher for herself.

“I still want that major medal” she admitted.

“Its a long journey and I seem to take every single step on the ladder to get to where I want to go. Hopefully someday it will come. That was my first global final, so I am very proud of that”

There are more major events to come for Lavin. There are the European's and the World Championships (outdoors) to come and she is delighted to have started the year on this form.

“I'm blessed. For and athlete in my age bracket, in this event, it is the stuff of dreams, so hopefully I can keep progressing, keep moving forward, keep doing the right thing keep getting closer”