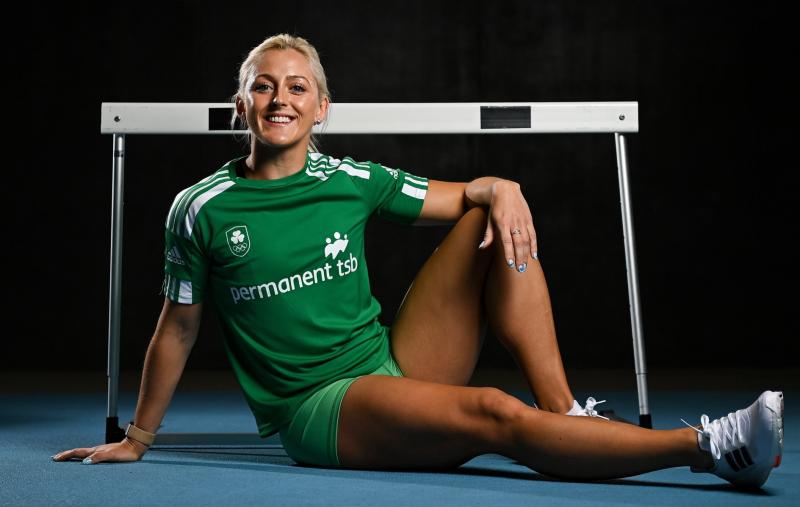 Permanent TSB were this week unveiled as the title sponsor for both the Irish Olympic and Irish Paralympic teams at the Paris 2024 Games taking place in July and August respectively.

Permanent TSB is the first ever title sponsor to partner with both organisations in an Olympic cycle.

Speaking at the announcement, Limerick hurdler Sarah Lavin admitted that her focus is firmly on the World Indoor championships, this weekend (March 18-20) as the Olympics comes onto her horizon.

“The World Indoor Championships are taking place in Serbia. It's a 60 meter hurdle. Outdoors is always 100 hurdles, and that's obviously the Olympic event, but indoors, obviously it's a smaller space and whatever, so it's 60 hurdles. A little bit different. It's only five hurdles as opposed to the 10 that are outdoors, so your start is really, really important. We're working really hard on that because I think it sets up the whole race.”

Form is strong with Lavin who claimed a third place finish in Madrid on the Indoor World Tour.

“Obviously, you always want to go that little bit quicker, because that's why us athletes are just constantly chasing more. But, it's great, and I just feel so inspired I suppose, by that whole Olympic experience last year and building to just another two years away to Paris.” the Lisnagry based physio continued.

The Irish champions is also loving the ‘new’ experience of racing in busy arenas as crowds filter back to the athletics events.

“It's been amazing that this crowd is back. I mean, you're coming out, you're on the start line, and it's just like a free adrenaline. We had become, you had to psych yourself up all of last year, but now it's, ‘Wow, this is amazing. The atmosphere in here is just phenomenal’

“Even in Paris on Sunday, it was just such a show. They turned off all the lights. They had strobe lights. The crowd were going wild. I've just been having such a good time. I just hope it continues, and hope to continue to improve.”

Should Sarah continue her current form trajectory, there may even be some medals in Paris, 2024, to glisten in those lights.