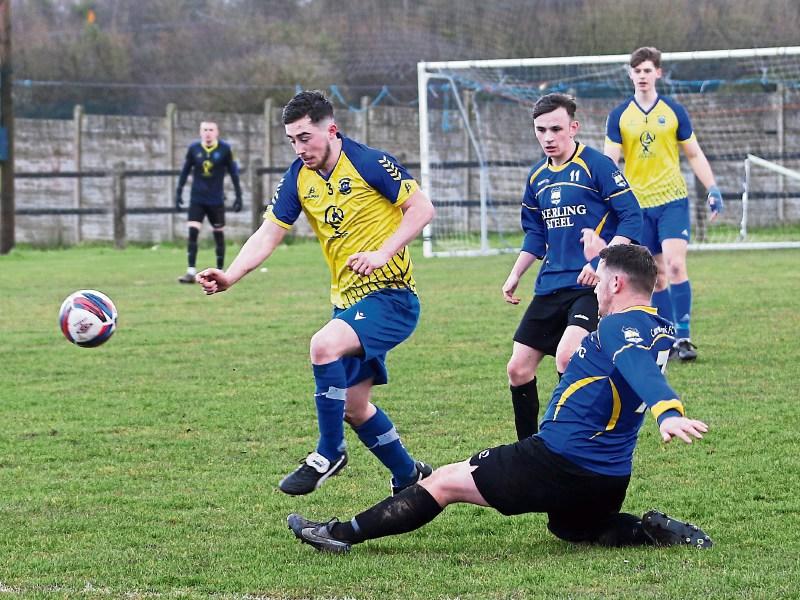 The 45th playing of the Jack Tuohy Cup will be decided on Wednesday evening when Fairview Rgs and Ballynanty Rvs meet in the final in Jackman Park at 7pm.

Played as the Divisional Cup for the Premier League the trophy has escaped the clutches of Wednesday’s finalists for far too long.

It is 19 years since Fairview last won the cup while ‘Balla’ have waited 15 years so both teams will have plenty of incentive to correct the record books.

Fairview were the first team to win the competition back in 1975 and they went on to win the trophy on another eight occasions.

Balla’s first success was in 1979 and their name is engraved six times on the trophy.

The sides met twice already this season with Fairview earning bragging rights. Back in October two goals from Conor Coughlan helped ‘View’ ease to a 4-1 win in the League. Two months later the sides met in the Munster Junior Cup in a much closer affair decided by an AJ Moloney goal.

Both teams have been in good form albeit making exits from cup competitions of late.

Fairview lost their grip on the FAI Junior Cup going out on a penalty shootout to Salthill Devon while Ballynanty Rvs were beaten by Aisling in the Lawson Cup.

There are some mouth watering battles on offer in this game.

Former Fairview players Thomas and Eddie Byrnes will relish the chance to put one over on their old team mates.

Adrian Power is the Balla dangerman while Conor Ellis is improving with every game following his long-term injury.

Balla will be aware of the danger posed by Conor Coughlan but it is in midfield where they need to stop the dominance of Shane Duggan and Jeffery Judge.

Two wily management teams will ensure all angles are covered so we should have a cracking cup tie.

Path to the Final

The pick of the weekend action is in the Munster Junior Cup where two of Limerick’s hopefuls face tricky assignments on Sunday.

MFA holders Aisling are on the road against Tipperary side Clonmel Town and they know they need their A game if they are to progress.

Regional Utd are favoured with home advantage but face St Michaels in another daunting tie. Saints convincing defeat by Villa FC in the FAI in recent weeks will give the home side hope.

In the Lawson Cup Fairview Rgs will be favoured to ease past Athlunkard Villa while Pike Rovers are also favourites to see off Moyross.

In the Premier League (Bottom Six) Mungret can increase their lead if they beat Kilmallock while Coonagh Utd take on Prospect Priory both looking to keep pace with the leaders.