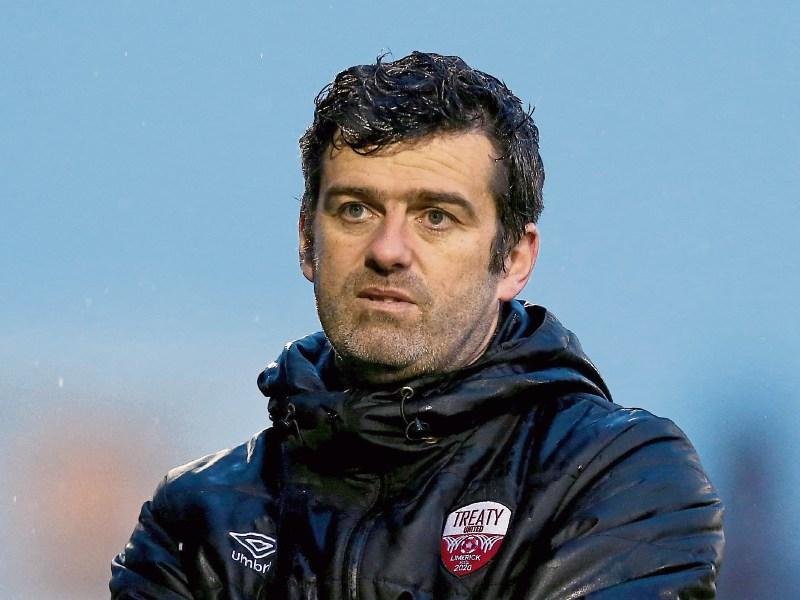 TREATY United return to action in the SSE Airtricity League First Division tonight, 72 hours after their scheduled fixture with Longford Town at the Markets Field was postponed due to pitch conditions at the Garryowen venue.

Treaty's fixture with Longford on Friday night was called off an hour before kick-off as heavy rain through the afternoon resulted in the game being called off. The pitch had passed an inspection earlier that morning.

Tommy Barrett's unbeaten Treaty United side travel to Eamonn Deacy Park tonight, 7.45pm, to face Galway United in their third away fixture of the season.

Treaty are also due to host Cork City in a crucial Munster derby fixture in the First Division at the Markets Field on this Friday, March 18 at 3pm.