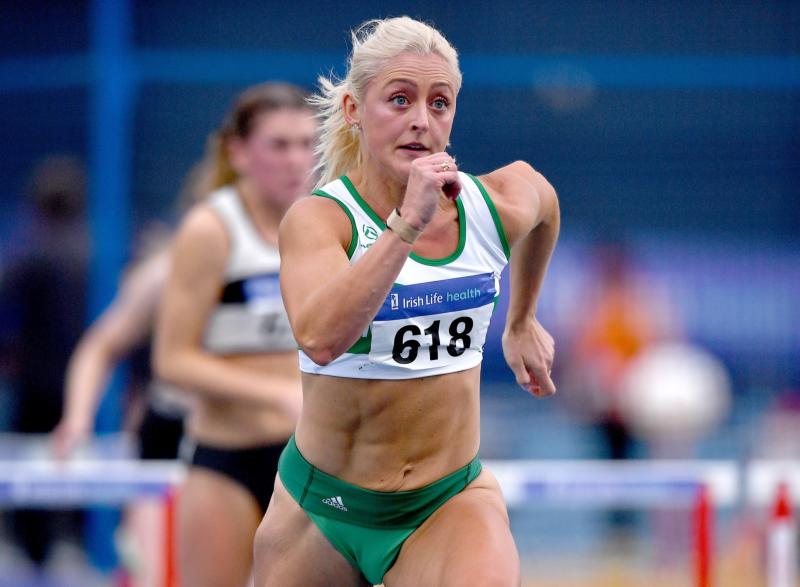 Munster Juveniles
MUNSTER U12 to U19 Juvenile Relays & U16 – U19 1500m & U17 to U19 400m Championships. It is to their credit that Limerick had representation in most age categories last weekend in Nenagh Years of hard work is paying off and there were many excellent performances.

U13-U15
At U13 Dooneen through Éilís Ní Neill, Isbael Ní Huighinn, Jane McGrath and Ellen Goggin took Gold in the relay in 2:00.90. Limerick AC Boys had one of the finishes of the day with their 4th runner coming up at the line to take bronze.

In the U14 relay there was victory and CBP in a time of 1:57.57 for Dooneen who featured Emer Purtill, Destiny Lawal, Emma Pethos and Megan O’Shea. At U15 Dooneen again took Gold in a time of 1:49.64 and running were Maeve Purtill, Molly O’Mahony, Ivana O’Carroll and Éanna Iseult Ní Huighinn.

U18
At U18 a superb finish from Victoria Amiadamen saw Dooneen take another Gold on the line from Leevale 1:48.42 to 1:48.50. Other team members included Molly Quirke, Debbie Lawal and Emer Conroy.

International
Sarah Lavin clocked 8.14 secs for third place in the 60mh at the World Indoor Tour finals in Madrid. She has now reached the qualifying standard for the World Indoor Championships.