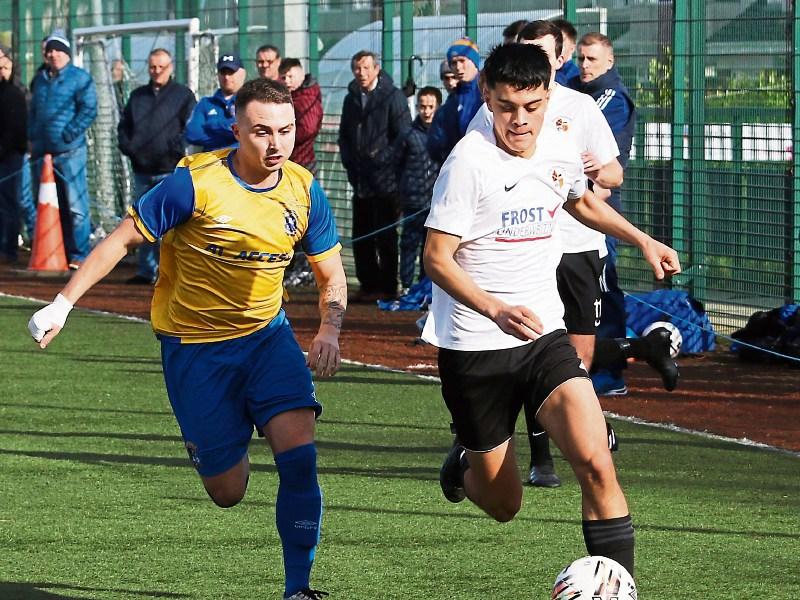 The FAI Junior Cup takes centre stage this weekend when Limerick's remaining hopefuls are all in action on Sunday.

All three came out the right side of the draw favoured with home advantage.

Holders Fairview Rgs welcome a Salthill Devon side who lead the way in the Galway Premier League. A 4-1 win in the Connaucht Cup last weekend versus Ballymoe will have Devon in confident mood coming into the tie but they meet a Fairview XI who are also in flying form.

By beating Aisling 3-0 last Sunday, Fairview moved top of the Premier League and they are playing with a swagger.

They beat Clonmel Town in the previous round and are determined to keep the famous trophy at the Fairgreen.

Regional Utd shocked everyone, themselves included, when they knocked Pike Rvs out of the Munster Junior Cup last weekend with a makeshift side.

They should strengthen the side this week when they host Tolka Rvs. The Dublin outfit already have a Limerick scalp under their belt having beaten Prospect 2-1. They followed up with a 3-1 win at Cork side Grattan.

The Dooradoyle side, who beat Athenry in the last round, showed enough guts and determination last weekend to suggest they are well capable of keeping their run for National honours on course.

Pike Rvs will need to bounce back immediately from last week’s disappointment when they host Ballinasloe at the Pike Club.

Pike were poor last weekend but no doubt Robbie Williams will have worked out some of the kinks in training.

Ballinasloe reached Sunday’s tie by virtue of a controversial penalty shootout win over Ballyheane in the previous round. I expect a much-improved Pike to progress to the quarter finals.

In the Munster Junior Cup Carew Park, now with home advantage, take on Cork side Drinagh.

The Premier A side have been quietly going about their business and assemble a top class side, well capable of progressing.

Three games in the Lawson Cup are also scheduled with most attention on the clash between Aisling Annacotty and Ballynanty Rovers. Aisling have been hot and cold in the last few weeks and last Sunday’s 3-0 defeat to Fairview was the latest blow.

They had a torrid time when they met ‘Balla’ in the Tuohy Cup a few weeks back and will be hoping for an improved display.

Summerville Rvs host Moyross and Shelbourne take on Lisnagry A in the other ties.

Prospect Priory could take on top spot in the Premier League (Bottom Six) if they can beat an in-form Kilmallock side while Coonagh Utd host Mungret Reg in the same division.

Premier A leaders Charleville will be expected to solidify their lead when they visit Hill Celtic. Fairview who slipped up last weekend drawing with Newport, will be looking to get back to winning ways at home to Murroe.

In Division 1A, leaders Granville have Hyde Rgs breathing down their necks when they visit Knockainey, not an easy task. Hyde will be looking to take advantage of any slip ups when they make the short trip to Southend.

Caherdavin Celtic can strengthen their grip on the lead if they beat Pallasgreen in Division 1B while in Division 2A leaders Janesboro take on second spot Wembley Rvs.

Division 3B leaders Ballynanty Rvs B will open an unassailable 13 point lead if they can beat Knockainey B.