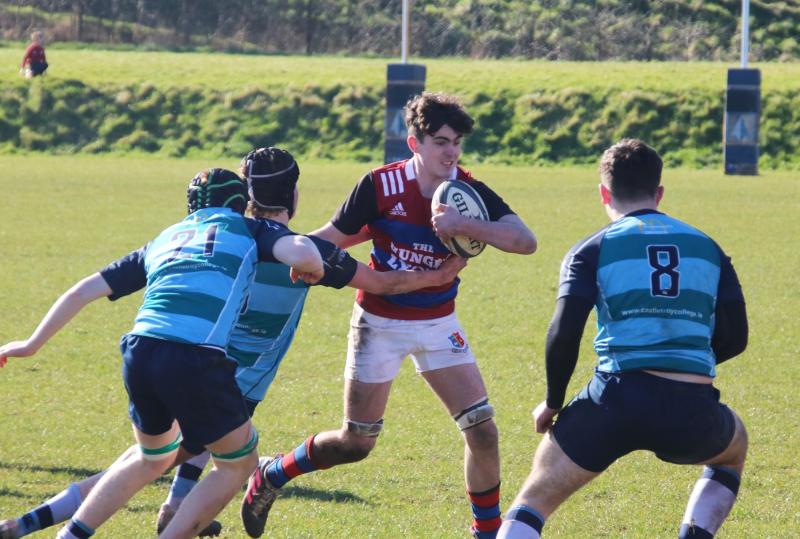 Limerick's Crescent College Comprehensive and St Munchin’s College are through to the semi-finals of this year’s Munster Schools Junior Cup after they overcame Rockwell College and Castletroy College, respectively.

(Reports from Munster Rugby.ie) At a bitterly cold Musgrave Park, Crescent came from behind to defeat Rockwell 24-7 and set up a semi-final clash with PBC next week.

The Tipperary school had took the lead when Muiri Lambe crossed close to the posts as Cian Ralph’s conversion ensured an early 7-0 lead. However, the Limerick school hit back through out-half Fionn Rowsome who was able to collect a bouncing ball to race clear. He was unable to convert his own try so Rockwell held a narrow 7-5 lead at the break.

In the second half, Crescent dominated possession and territory and this led to their second try. Second-row Ronan Ryan crossed out wide with Rowsome’s touchline conversion giving Crescent a 12-7 lead.

The Limerick school then put together a slick passage of play which resulted in Sean Morrissey crossing in the corner. The winger received a superb offload from Joshua Boland who had done well to collect a crossfield kick from Rowsome. The out-half converted again from the touch line to give Crescent a 19-7 lead.

Rockwell tried to get back into the game but Crescent ensured their place in the last four when Morrissey crossed out wide for his second try with just a few minutes remaining.

St Munchin’s College progressed to the last four after they defeated Castletroy College 7-0 in Clanwilliam FC this afternoon.

Billy Power was the sole try scorer of the game with his first half effort and subsequent conversion from Tom Wood ensuring a 7-0 lead at the break for Munchins. It was Castletroy’s turn to have the strong wind at their backs in the second half but they weren’t able to get that crucial try despite some good pressure in the St Munchin’s 22.

St Munchin’s will now meet CBC in the semi-final at Musgrave Park next week.