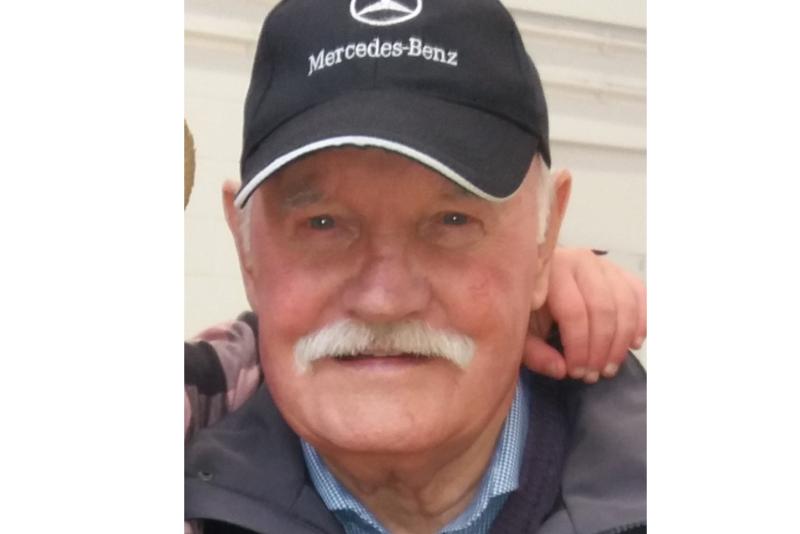 In his playing days, he was a netminder of real quality as he started his career as an U-14 schoolboy with Fairview.

In 1955/1956 with Clover Meats, Paddy won his first Lawson and many more would follow with the 'Dines' as a player and a manager.

"Unquestionably in Geraldines history, he was the man at the helm that saw the club claim their only Munster Junior Cup Success in June 1979. Also, that year, the Premier League and Lawson Cup were also won as over the years he would oversee many a Dines victory" a club statement reads.

"In 1988, he was then manager at Mungret Regional and guided them to their only Premier League success.  A couple of seasons later, he managed Newcastle West in the League of Ireland.  Paddy also sat on the LDSL as committee member for many years and sat at Chairman.  But his role in the "Dines" family saw him as player, manger, chairman and in 2020 he was bestowed the honor of Club President – a role he had until his passing. He was a true "Dines" man, a great sportsman and supporter of the sport and he will be sadly missed by all those who knew him.

Patrick is also late of Mohawk Shannon and the Tax Office, Riverview House, Limerick. He is very deeply regretted by his daughter Katriona, sons David, Dean and Gary, grandchildren, extended family and friends. May He Rest in Peace

The Funeral Cortege will leave the Funeral Home on Tuesday (March 1st) at 10.40am for Requiem Mass at 11.00am in St. John's Cathedral. Patrick's Requiem Mass will be streamed live. Funeral afterwards to Mount St. Oliver Cemetery.