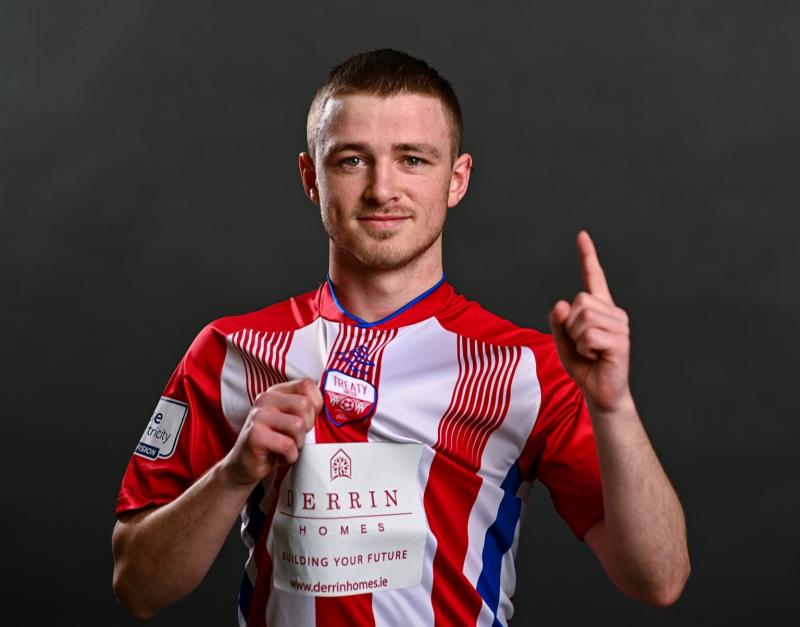 New signing Enda Curran helped himself to a brace of goals for Barrett's side with Callum McNamara, Joel Coustrain, and Joe Gorman were also on the mark as Treaty scored their biggest win in senior men's football.

Treaty, who reached the First Division promotion play-offs last season before losing out to UCD at the semi-final stage, led the game 2-1 at half-time

This Friday night's opponents Athlone, who are managed by ex-Limerick FC boss Martin Russell, suffered a 5-2 defeat to Waterford FC in their opening league fixture at Athlone Town Stadium.

“Unfortunately Denzil Fernandes (who joined from Shelbourne) is probably a long-term injury. The likes of Joe Gorman has come in for Anto (O'Donnell) and Enda Curran adds to our strike force.

“We lost Matt McKevitt, Clyde O'Connell and Sean McSweeney. It's hard to replace those boys for their physicality and ability. We got young Colin Conroy in and Martin Coughlan in from Cobh, different types of players, but they are good lads. To keep a lot of the lads we had last season, if those guys kick on, we'll give it a good shot.”

Barrett says it is possible that Treaty end up playing better football in the 2022 league season and end up not making the promotion play-offs at the end of it.

“We could end up playing better football and finishing a lot lower in the league. That's the reality of football. You never know. I know people are bored of me saying this, but you can't predict from one week to the next how you are going to play in this league and who is going to beat who.

“We like to maintain our focus on the next session and the next game. That is the only way we can take it because we haven't got the options to get in players like top professionals from England or wherever else, or the League of Ireland Premier Division even.