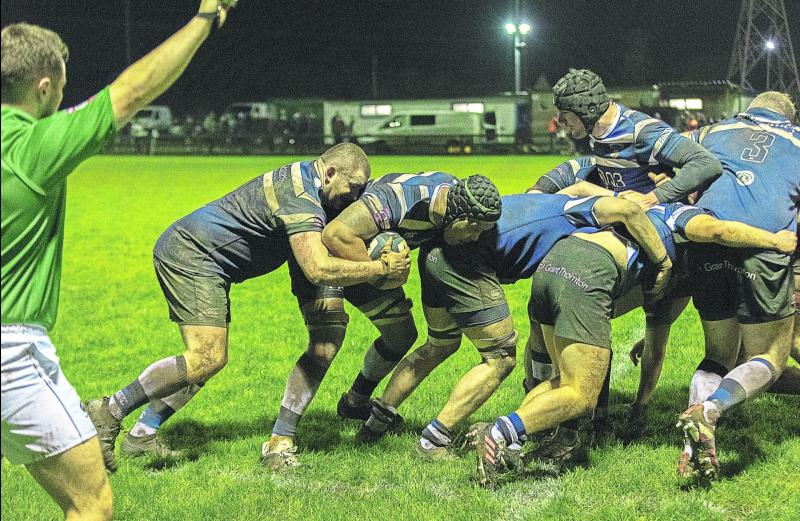 FREE-SCORING Old Crescent reversed the result of their earlier defeat to UL-Bohemian in Division 2A of the Energia All-Ireland League when running out convincing 34-15 winners at UL North Campus on Friday night.

Old Crescent also claimed the Hayes-Walsh Cup as a result of this win, the 19-point margin of their victory overturning the 11-point advantage the Red, Red Robins had enjoyed following the Limerick sides' meeting at Takumi Park in December.

Old Crescent led Friday night's game 12-3 at half-time as the AIL resumed after a five-week Christmas and New Year's break.

The visitors scored two first half tries, firstly from Niall Hardiman, converted by Ronan McKenna and from Cathal O'Reilly just before half-time.

Harry Byrne replied for the home side with a first half penalty.

Old Crescent increased their advantage after the restart when Hardiman struck for his second try of the game, with McKenna's successful conversion pushing the lead out to 16 points, 19-3.

To their credit, UL-Bohs hit back and a try from Alan Kiely, converted by Byrne, left nine points between the sides at 19-10.

The visitors regained the initiative when McKenna slotted a 70th minute penalty for 22-10. A Daniel Hurley try then secured the bonus point for Old Crescent, while McKenna's conversion made it 27-10.

Out-half McKenna then got in on the try-scoring act and then converted the five-pointer to stretch Old Crescent's lead to 34-10 late on to bring his own tally for the game to 14.

UL-Bohs did manage a late try, their second of the game, but it was little more than a consolation score.