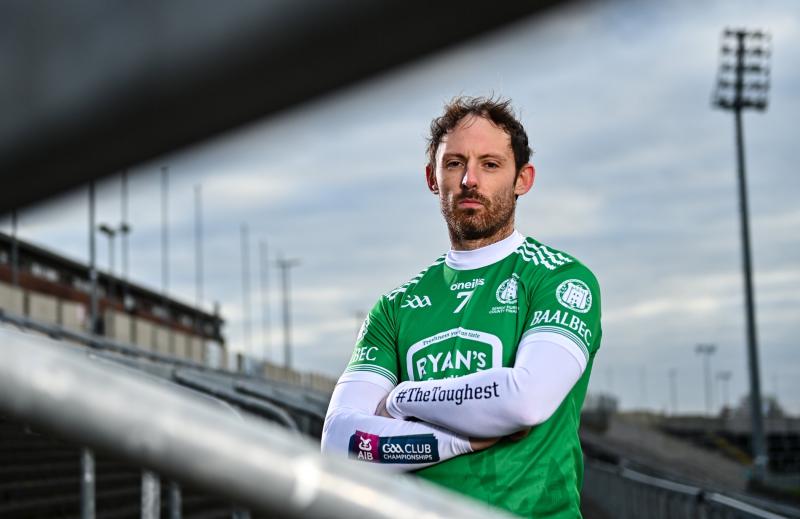 'Maturity' has brought Paudie O’Brien a healthier perspective on the game of hurling. The Kilmallock wingback, who lines out against Ballygunner this Sunday in the Munster Club final confirmed same to John Harrington of GAA.ie this week.

For much of his life he was obsessed with it, perhaps too much, but now he has found a better balance and it’s certainly done him no harm in terms of his level of performance.

At the age of 31 the Kilmallock defender and former Limerick star is arguably playing better than ever, and puts this down to the fact that he isn’t putting as much pressure on himself to perform as he once did.

"I suppose if I was to reflect back into my younger years in my 20s and stuff, especially when I was involved with Limerick, it was probably the be all and end all,” says O’Brien, who last played for Limerick in 2016.

"You think about nothing else only the next training or the next meal or the next match. You focus in on it and that can be quite restrictive in yourself and in your performances. It's only as I've gotten a bit older and have kids and a job and all these things that you start to realise that it's only a game and a hobby.

"Just go out and have a go off it and enjoy it for what it is because you're not guaranteed anything at the end of the day. I have quite a laid back approach to it now but was I the complete opposite.

“I wouldn't have even a nice person to be around when I was in with Limerick because you're so focused on absolutely everything that you just can't enjoy yourself or enjoy the present.

"Balance is key. If only I knew that in my early 20s, I'd know a lot more. No matter what it is in life, keep the balance because at the end of the day, we'll be going out on Sunday really well prepared. Ballygunner will be well prepared and it'll be small things on the day that will tilt it either side.

"I suppose the other hours of the day, you're with your family or at work, you need to be laid back about it and prepare the best you can. You go for it then whenever the opportunity comes around."

Underage coaches will tell you that the most important element you must bring to a training session is fun. If a child is happy on a pitch and enjoying the sport for the game it is, then the rest will flow easily.

For some reason that lesson gets lost at adult level and it really shouldn’t because if a player is enjoying his or her hurling or football rather than feeling under pressure to perform, then they’re likely to be a much better player.

"Yeah, absolutely,” says O’Brien. “It's unreal to see the young lads on our team. I had a puck around with a couple of lads yesterday up in a ball alley and we didn't even bring up the match. You just try to get on with it, and enjoy things for what they are and enjoy being in their company.

"Maybe it's the fact that the social side of things for the last 12 or 18 months have been pared back. So we only really get to see each other at training. Before that, you might meet on a Saturday night for a pint or meet at a match. I suppose you're taking the whole social side of it and being in each other's company, which was something we maybe took for granted.

"We definitely don't take it for granted now. The fact that we can get back into dressing rooms for the last three or four months has been a huge help. I definitely didn't enjoy getting togged in the stand because there's no craic in that. You can't even talk to someone before or after training."

Kilmallock are in a happy place right now and that bodes well for Sunday’s AIB Munster Club SHC Final against Ballygunner.

They might be slight underdogs but their performance graph has been on an upward curve since the knock-out stages of the Limerick SHC and they’re bringing a lot of momentum and freshness into the match.

"I think so,” says O’Brien. “God forbid we don't get over the line on Sunday, it definitely won't be an excuse for us that we're tired or it was a long season. I don't buy into that and I know the rest of the lads don't buy into that.

"We've had breaks in between games. Some people would say that's a negative, I don't. It gives you that chance. I know the Limerick lads got a chance to go on their holiday which they deserved. Lads got a chance to go and spend time with their families, have weddings and do whatever they need to do.

"When you're playing week in week out, of course that's great too but you do miss that side of things. I think Tony [Considine] and Rory [Gantley] have timed it very well. We're very well prepared, we've absolutely no excuse on Sunday. We'll got at it hammer and tongs and we'll either be good enough or we won't."