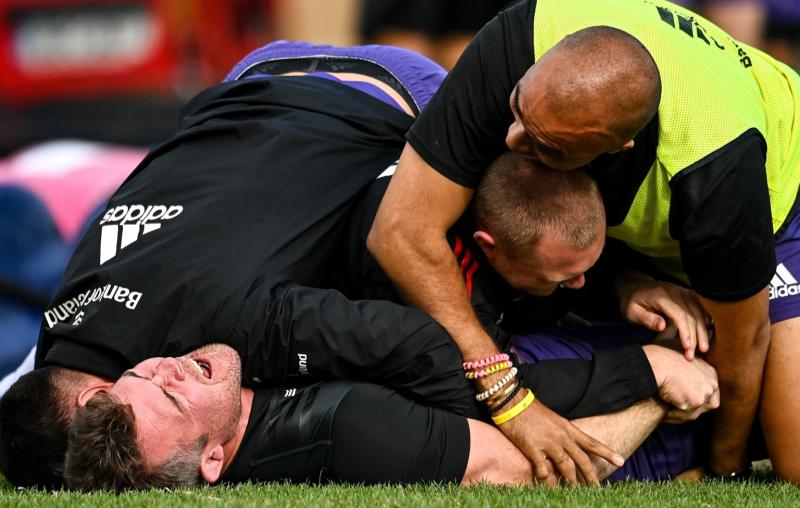 Munster Rugby have named their starting XV for tomorrow night's meeting with Ulster at Thomond Park. (Kick off at 7.35pm)

There are seven changes to the side that faced Connacht in Galway last week with Rory Scannell starting at inside centre on his 150th appearance for the province.

Mike Haley starts at full-back with French and Zebo on either flank.

Scannell and Chris Farrell, who has signed a new two-year contract, form the centre partnership with Craig Casey and Crowley in the half-backs.

Dave Kilcoyne, Niall Scannell and Stephen Archer pack down in the front row with Ahern and Fineen Wycherley in the engine room.

French, who has featured for Cork Constitution in the AIL this season, makes his first Munster appearance of the campaign with Zebo and Rory Scannell making their first appearances since October.

Josh Wycherley, John Ryan and Tadhg Beirne come into the squad as replacements.

Damian de Allende was unavailable for selection having picked up an abdominal injury during the week.

Meanwhile the Ulster coaching team has named their match-day squad to travel. James Hume will make his 50th appearance for the Ulster men, as he has been named to start in the centre alongside Ben Moxham, who makes his first start this season. Mike Lowry is selected at full-back with Ethan McIlroy and Craig Gilroy on the wings. John Cooney and Billy Burns are the starting half-backs to complete the back line.

Jack McGrath will make his first start of the season at loosehead prop, with Rob Herring and Tom O’Toole completing the front row at hooker and tighthead respectively. Alan O’Connor will captain the side and starts in the second row alongside Sam Carter. Greg Jones is named at blindside flanker, with Nick Timoney and Duane Vermeulen selected at openside and Number Eight.

John Andrew, Andrew Warwick, Ross Kane, Kieran Treadwell and Marcus Rea provide the forward options on the bench, while Nathan Doak, Angus Curtis and Rob Lyttle are selected as the back line replacements.

All you need to know

Munster are nine points behind leaders Leinster, albeit with a game in hand, after suffering a second URC loss of the season when going down at Connacht on New Year’s Day.

But the Munstermen have won five successive matches at this venue since losing to Connacht in the Rainbow Cup in May.

Ulster have won 17 and drawn two of their 39 meetings with Munster and both of their defeats in any competition this season came on their travels.

The home side have won the last six encounters between these teams but Dan McFarland’s men have not prevailed in Limerick since a 19-17 success in May 2014.