Limerick's Billy Lee pleased with performance despite defeat to Kerry 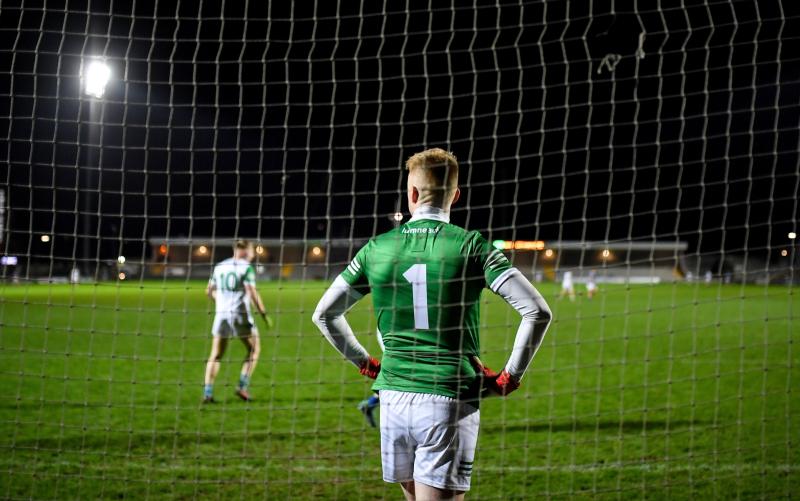 BILLY Lee was pleased with the performance of his young Limerick footballers and progress they've made in recent years despite a heavy 23-point defeat to Kerry in the McGrath Cup on Wednesday evening.

After missing several players through Covid-19, and following the decision to allow players involved in Newcastle West’s recent run to the Munster club semi-final to take a well-deserved rest, a depleted Limerick side suffered a crushing 2-23 to 0-6 loss at the hands of the All-Ireland semi-finalists boosted by the return of manager Jack O'Connor.

Despite the result, manager Billy Lee said he was pleased with his side’s overall performance.

None of the five substitutes introduced had previous Senior inter-county experience.

“We had eight or nine lads who wore the Senior jersey for Limerick in a competitive match for the first time,” said Lee.

“So when you put them lads in against eight of the starters who played in an All-Ireland semi-final… they were very strong. The condition of those guys compared to where we are at is pretty obvious.

“But it wasn’t about Kerry, it was about what we wanted out of it, and I’m happy with what we got out of it.

“I’m happy with the effort the boys put in - they never flinched. We had a couple of young lads who went in there and you could see their ability shining through.”

Limerick were 2-13 to 0-3 down at half time. Kerry emptied the bench and widened the gap to 23 points, but Lee will take pleasure from a strong finish from his side who scored two of their six points in the final five minutes.

With Tipperary to visit Mick Neville Park on Sunday in the McGrath Cup, Lee is hoping to build on the progress made in the past number of years in what is his sixth season as Limerick manager, ahead of their Allianz League Division 3 opener against Longford on Saturday, January 29 at  TUS Gaelic Grounds.

“Prior to this year starting, the past three years have been all about year-on-year progress,” he added.

“It took a while. The first year, I’d a lot of experienced players who were playing under the previous management team who didn’t want to come back in, so we’d a team in 2018 that took time to build and strengthen.

"I'm happy with the panel this year. We are always going to lose players every year, that's just something we've got to accept.

"If you have any ambition, what you do on the sporting field reflects what you are going to do in life."